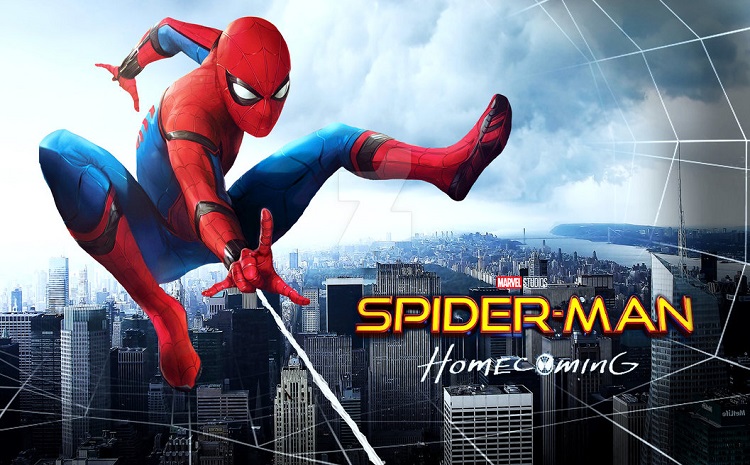 "What the fk!" is the last thing we hear our underage superhero's sexy aunt May say before the end-credits begin to roll. And I felt the same.

The latest Spider-Man film, which is much hyped and mightily praised by critics who love the film's transparency and directness, is like a cold shower on a wintry morning.

You wait for that bracing after-shower feeling to pervade your senses. But the film only leaves you with a smell of dj  vu, and not a pleasant one at that.

Having come after a startling plethora of superhero films in the last three years, "Spider-Man: Homecoming" cashes in on the vulnerability and callowness of the superhero as he grapples with the changes in his body and mind far beyond the hormonal.

There is Robert Downey Jr's Iron Man, trying hard to play the wry mentor to the pubescent flying hero who will fly by night even if his aunt is paranoid about his nuptial activities.

I liked Marisa Tomei's Aunt May. She is sexy and yet aunt-like.

The early scenes show Tom Holland's Spider-Man struggling with his body-suit and self-esteem as director Jon Watts struggles with contrary thoughts on how to proceed with the plot: Should it chart the flowering of the incipient superhero into a saviour of civilization? Or should it just court the clunky wannabe superhero's bumbling antics to show that imperfection is what makes this child-crusader a man of the masses?

The narrative follows the latter path, leaving very little room for the audience to feel elated in the presence of a boy who could well be the next President Of America.

Unpredictability and surprises are not the hallmark of this particular take on superheroism. Littered with self-mocking references to the superhero genre and often plotted to a bloated sense of self-critical pomposity, the narrative takes excessive recourse to being exactly what it tells us it is not.

Watts hints throughout the lengthy film of denuding the superhero of its delusions of grandeur and then sets up Spider-Man in precisely those positions of aspiring supremacy that seem absurdly amplified when a boy of 15 is at the centre of apocalyptic attention.

Tom Holland's Spider-Man is like a pubescent video-game figure embracing the boy-next-door image for the sake of a democratic image. Clumsy and misplaced in his sense of propriety, Holland comes across as a very poorly conceived and packaged Spider-Man as compared with his predecessors Tobey Maguire and Andrew Garfield who were young but still old enough to understand that flying heroes are a thing of the imagination.

Holland looks lost most of the time. Not his fault. He is placed in situations that demand herculean histrionics to not seem silly. In one sequence when he reaches his girlfriend's home to pick her up for a date, the girl's father offers him a drink.

"Sir, I am too young to drink," Spider-Man responds with that look of glazed earnestness that we soon recognize as being part of this Spider-Man's karma.

The other far more experienced actors seem fairly distanced from the reality that the narrative embraces. Robert Downey Jr as Iron Man once played Charlie Chaplin, and very well too. Here I could almost hear his ennui.

Michael Keaton so effective as Batman once upon a time, is reduced to making a series of faces on camera to convey closeted infamy. Hamming is legitimatized in a film where the layering is lobotomized.

The assorted cast of villains, semi-villains and global rogues play their roles with infuriating impunity. The standard instruction to the actors seems to be play it straight.

We get the point. But the film's painful attempts at cracking the elementary appeal of the superhero genre by hook or crook is exasperating, to say the least.

Its cultural inclusiveness made me cringe. Spider-Man's best friend played by Jacob Batalon is Hawaiian while his girlfriend played by Laura Harrier is a black American. I waited for Irrfan Khan or Riz Ahmed to show up as a Jehadi terrorist.

We were spared that one. But not much else.

sanayabarunlove 3 years ago Ha! This review is synonymous to "What the F**k!"

Mitushi_Mitz 3 years ago Seriously???? I have seen the movie and it is so entertaining. India Forums kuch alag hi hai!!!