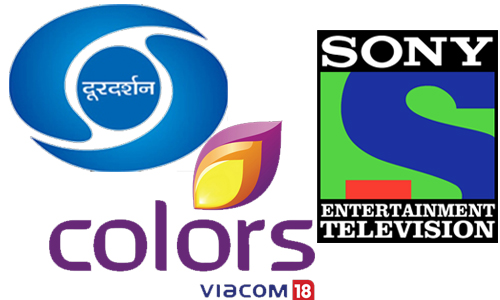 Its raining shows these days, as many channels are set to launch many new shows with interesting concepts. The latest being Spellbound Productions' three new shows on leading GECs.

Our much reliable source informs us, "Spellbound Productions which is currently producing Doli Armaanon Ki on Zee TV has some interesting shows lined up. The first one is on Doordarshan which will have a backdrop of a middle class family. The show will be a woman oriented show. The second show is slated for Sony TV and it will revolve around a rich guy who falls in love with a poor girl; families oppose for them getting married. It will be on the lines of many shows that have come up with this similar concept. The other show in the pipeline will be aired on Colors. The show will be a complete thriller show."
"However, the show on Doordarshan will go on air in January, one on Sony TV will go on air by March and the one on Colors will air by February. The title and casting of the show is still on."

We tried getting in touch with Pearl Grey's spokesperson but she remained unavailable for any comments.
TellyBuzz will surely be back with further developments regarding the same.
Upasana Patel

6 years ago Plss India make shows like Pakistan does

+ 2
6 years ago not again rich boy poor girl drama that to on sony tvwe all know what happens s after that saas being mean or the nanad being or the whole being mean * facepalm* . why not a thriller show on sony tv
colors tv have a bad luck with thrillerv shows they should stick with their social messg and love story drama

+ 2
6 years ago wonder which show will be casualty on Sony Channel??!!

9 years ago well whateva may be d reason behind them not talking , but i guess FA now knows who is ruling Bollywood:p
SK all d way, luv u heaps..

9 years ago their dad's were work partners 'Salim Javed' whle salman's mom was a hindu i think and farhan's mom is parsi Honey Irani...I don't think they are cousins...Farhan and Farah are cousins...bt im happy they are getting along as their fathers are not on talking terms...as for d 'rumour this' rumour that', its all rubbish...no concrete source..can't they just have fun without an ulterior motive?? stop cooking up stories guys.

+ 2
9 years ago are they cousins? This is a NEWS to me.. :S! newways i am happy that slaman and farhaan are coming toghther..! love salman khan and also admire farhaan akhtar

+ 4
9 years ago They are cousins? I dint know tat . I hope he writer somethin specially for salman

+ 2
9 years ago So what if Farhan attended Salman's b'day party...??
So what if they are planning to work together...??
Why does IF have to spice up such silly things ?
Com'on yaar it was Salman's b'day...atleast keep his b'day party away from such nonsense rumours.

+ 3
9 years ago i wish salman and srk become friends.want to see them together.