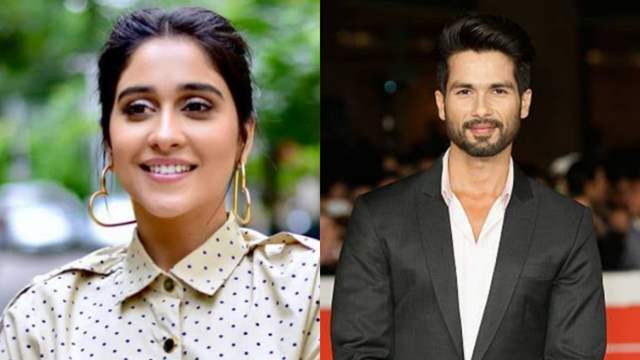 Shahid Kapoor is venturing into the world of OTT with the as yet unnamed web series by director duo Raj Nidimoru and Krishna DK (Raj-DK), who have made hugely successful web series like The Family Man.

This web series is currently under construction and now a big news is coming about it.

Regina's entry has not been officially announced, but the information she has shared through social media accounts shows that Regina will be seen in this web series with Shahid.

Not much information has been revealed about Shahid Kapoor's debut web series, but it is reported that it is a comedy-thriller and will be released on Amazon Prime Video.

Talking about his digital debut, Shahid had said,

"I have wanted to work with Raj and DK for a long time. My favorite Indian show on Amazon Prime Video is The Family Man. I couldn't think of anyone better than him for my digital debut. I loved the idea of the story when I first heard it and it has been an exciting journey ever since. Now looking forward to sharing it with the audience".

Telugu star Vijay Sethupathi has become a part of this series in August. At the same time, Rashi Khanna will be seen in the female lead.

In her Instagram story, she has shared two pictures, which inform about Regina's presence in the web series also Raj & dk had shared a behind the scene photo with the actress. 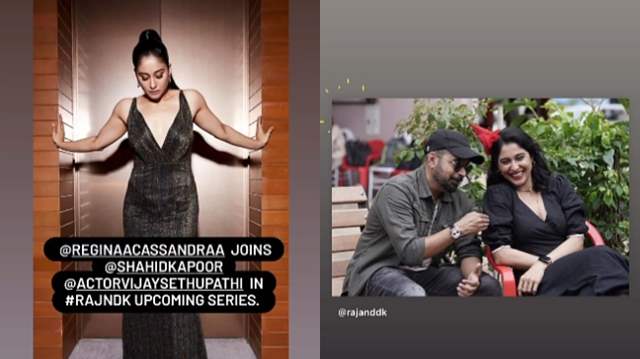 Let us tell you Regina has wrapped her shooting for her upcoming film 'Soorpanagai'. The bilingual film directed by Caarthick Raju, has Regina playing an archeologist in the film.

She made her debut in Hindi cinema with the 2019 film Ek Ladki Ko Dekha Toh Aisa Laga.

Regina had also appeared in the Tamil version of Kangana Ranaut's film Thalaivi as Saroja Devi.