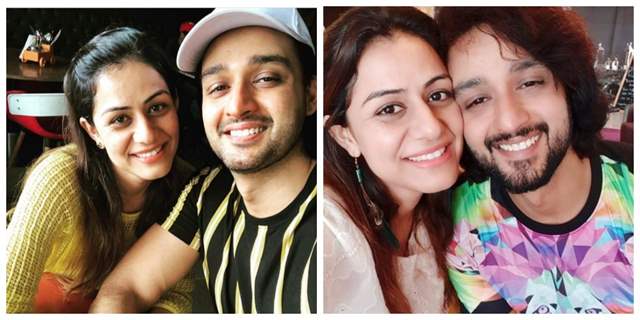 Valentines Day is a very special ocasion for actor Sourabh Raaj Jain who is currently winning a lot of hearts with his character Neil Oberoi on Patiala Babes.

Going down memory lane, Sourabh recalls how he tried surprising wife Ridhima with a rose shaped box which had a ring in it, on one particular valentines day, when he in-fact was left quite surprised in return as Ridhima for the longest time never really guessed what was actually in the box!

Speaking about how he finally opened up the box for Ridhima to show her the ring in it, Sourabh shares,"I still remember having gifted Ridhima an artificial rose shaped box which had a ring in it, one particular valentines day! While I had intended to surprise her with the ring, she in turn just never figured out that the rose was actually a box, and after an hour or so of waiting I had to finally open up the box for her to see the ring in it! Though it was worth the wait, as the expression on Ridhima's face after seeing the ring was absolutely priceless, and something I cherish till date."

Vishal Karwal On Being Asked To Refer 'Mahabharat' Before Playing Lord ...

exclusive
Exclusive Avneet Kaur: I really wanted to create some content for the ...
9 minutes ago

Sona Mohapatra Takes a Dig at Badshah For Buying Fake Views ...
59 minutes ago