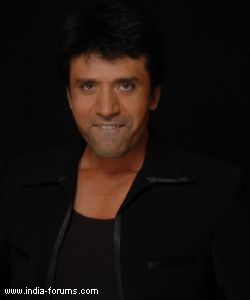 Bhairavi Raichura and Nandita Puri's newly launched Chhal-Sheh Aur Maat has opened up with good ratings and the creative team is leaving no stone unturned to continue the growth.

The latest we hear is that Sooraj Thapar, currently seen in Imagine TV's Chandragupta Maurya as Dhananand, would soon join the cast of Chhal-Sheh Aur Maat.

A source informs, "In today's episode, Sooraj Thapar would enter the show as a flamboyant CID inspector to investigate the whole case. He would essay Inspector Dushyant Singh, who is entirely different than all the other inspectors, which the audience has seen till date. He is obsessed with justice. But that word will bring an image of a serious workaholic cop. Dushyant is the exact opposite of that as said. He is chilled out, a bit crazy, has various cods, likes to have fun, doenst look like there is a single serious bone in his body. But dont let his idiosyncracies fool u as he has a high conviction rate. And once he gets it into his head that he will solve a crime he will not let anything get in his way.Thats how he is the biggest threat to kabir in dhaulganj where he suspects kabir,he knows there is something fishy in  kabir's story about the return of his wife Aditi and he will get to the bottom of it. Whereas neha is really hoping dusyant will get her out of this hellish situation.."

"Sooraj Thapar has already started shooting for the show and will be seen in today's episode.

When contacted, Sooraj Thapar confirmed the buzz, "Yes, I am doing Chhal and it's been a great opportunity for me to work with Nandita and Bhairavi Raichura on their first project."

So along with Dhananand get ready to witness Sooraj Thapar in a new avatar!

Charu21 8 years ago All da very best Sooraj ji.. U just rock as Dhananand.. Will watch this show for u.. :)

anji-mira 8 years ago nice show.do some promotion and it will be a good rating show.

anu93 8 years ago Sooraj ji u r Awesome as Maharaj Dhannand...Good luck for ur new show

Udhay 8 years ago A good addition to the cast of this show.. So far this show has been good.. Hope it does well in the future too..

ashi.melodyfire 8 years ago wow...so now we would be watching u in this new show too...all the best sooraj ji...n our CGM gang knows u would again ROCK!!!!

melody442 8 years ago First week of this show was really different...hope they are able to maintain it in future too.

Deepika Padukone likely to be Summoned by NCB for ...
a minute ago

Ashalata Wabgaokar passes away due to COVID-19
36 minutes ago

Zarina Wahab was Tested Positive for COVID-19; Actress ...
46 minutes ago