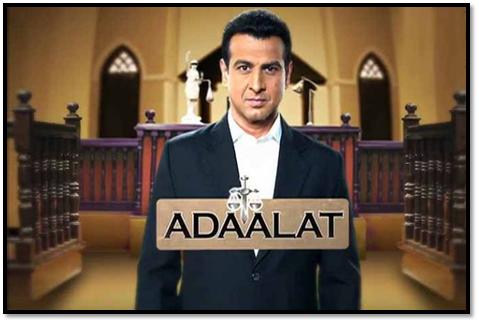 Sony Entertainment Televisions' courtroom drama Adaalat is back with yet another challenging case. Tonight's episode will revolve around Satish, a very skilled prison breaker.

Satish enjoyed breaking prison cells even if he got caught towards the end of it. However he got accused of the murder of Mr. Kikani after one such breakout.

But incidentally Satish claimed that he had given up all this and was trying to lead a good life in the prison. The CCTV footage of of Mr. Kikanis house also proved Satish being the killer. The case gets more complicated when the guard of the cell claims that Satish did not go out of the jail. The mystery increases when the CCTV footage of the jail has evidence of Satish leaving the jail and entering the jail corridor.

Is Satish then lying of not having broken through? How can a person be at two places?

What will be KD's next plan of action?

angelic.pari 6 years ago amazing show it is... i refrain missing it.. ronit da rocks so does romit

minchi 9 years ago love both the movie's.....anjaaana anjaani i can watch 1000 times hehhe

and VZ should hv been on top :P

Shaily. 9 years ago JTYJN should've totally be ranked higher than AA and Veer Zara should've been at the top.

-Aaliyah- 9 years ago Uhmm Veer-Zaara should be ranked up higher and same with Jaane Tu Ya Jaane Na :D