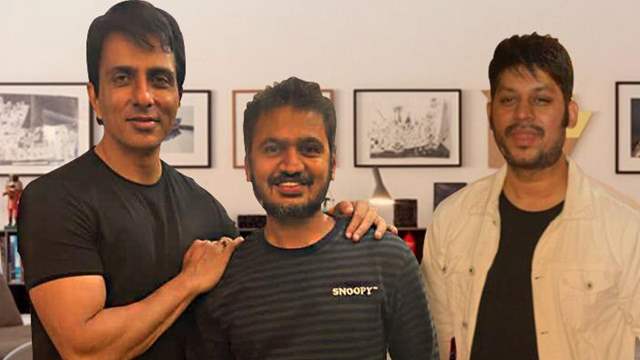 Actor Sonu Sood will be next seen in a film titled Kisaan and going by the title, we’re guessing the project will revolve around the actor’s philanthropic work towards farmers during the lockdown.

Kisaan will be directed by Shool fame E Niwas and produced by Dream Girl director Raaj Shaandilyaa, who took to Twitter to announce the project. Calling farmers the pride of our country, he wrote, “Announcing my next Production #Kisaan. @SonuSood in lead. Directed by ENiwas @Eniwas. Produced by Raaj Shaandilyaa.”

While Sonu will he heading the film, the rest of the cast will be announced soon. As soon as the project was announced, Amitabh Bachchan was one of the first actors to wish good luck to the team.

Big B tweeted, “All good wishes to film #Kisaan, directed by #ENiwas and acted by @SonuSood,” to which Sood replied, “Thank you so much sir.”

Earlier, Sonu Sood had shared that filmmakers have started to approach him with lead roles in their films due to his philanthropic work during the coronavirus lockdown.

During the lockdown, Sonu emerged as a saviour for hundreds of migrant workers, as he helped them to travel back to their homes safely by arranging travel facilities for them. The actor also emerged as a messiah for farmers and the underprivileged suffering because of the COVID-19 outbreak.