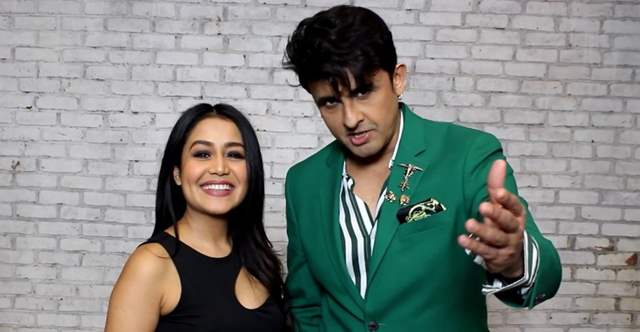 The recently launched new mytho show "Jag Jaanani Maa Vaishno Devi - Kahani Mata Rani Ki" on Star Bharat is being well liked by the audience. In this show many secrets of Maa Vaishno Devi are revealed. How was the mother born? What is her purpose for being born on earth? Why is she called Papnashini? The audience will now witness what is Jagrata and how it is celebrated? And to add more excitement the makers of the show have approached legendary singer Sonu Nigam and the very talented Neha Kakkar. The recent good news is that both Neha Kakkar and Sonu Nigam will lend their voice for a track in Jagrata.

In this track of the show, Vaishnavi will recite the form of 9 goddesses to protect the entire villagers from the vampires and will offer Maa Jagrata with devotional songs. According to sources from the production house, this 9-day Jagrata song has been sung by well-known playback singers Sonu Nigam and Neha Kakkar, along with recordings of these bhajan songs.

Sonu Nigam who has sung not only Hindi songs in Bollywood but has sung in many languages, which includes Marathi, Bengali, Manipuri, Gujarati, Tamil, Telugu, Nepali, Maithili, etc. Not only this, Sonu Nigam has also sung many devotional songs.