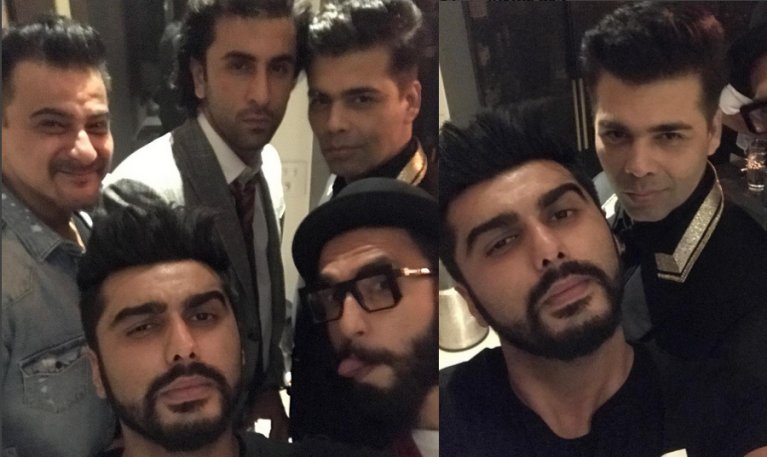 It's a big day for Arjun Kapoor as he has turned 32 today and the birthday boy has won our hearts with films like Ishaqzaade, Gunday and 2 States! His cousin sister Sonam Kapoor, on the occasion of his birthday, has revealed something about him with an Instagram post!

Arjun's gang of boys surprised him in the midnight by arriving at his home to wish him! It included Ranveer Singh, Karan Johar, Sanjay Kapoor, Ranbir Kapoor and Aditya Roy Kapur.

On the work front the actor is all set for his next release, Mubarkan!

Rishina Kandhari talks about resumes shooting, her perfect ...
15 minutes ago

Ye Rishta Kya Kehlata Hai: Kartik to take care of his ...
26 minutes ago

Sushant Singh Rajput fans gear up for a second round of ...
26 minutes ago

Sushant’s Brother-in-law Messaged, ‘Please Keep My Wife Away ...
36 minutes ago

Tinaa Dattaa to make her digital debut with 'Naxal'!
50 minutes ago