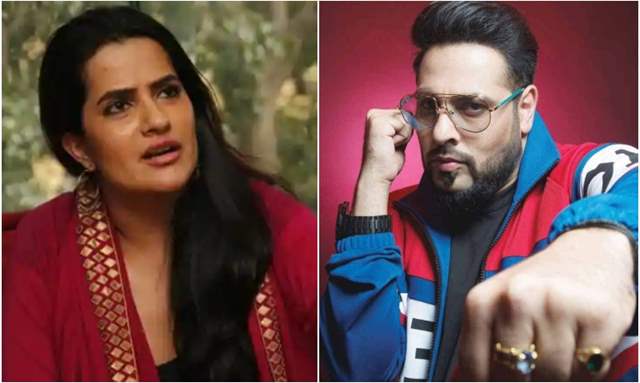 Rapper Badshah came under the scanner after his name popped in the fake followers case. The Mumbai Police has investigated at least 20 prominent personalities including rapper Aditya Prateek Singh Sisodia, aka Badshah in connection to the social media racket creating fake 'followers and likes' in exchange of money.

On Sunday, Badshah was summoned by the Mumbai Police and was interrogated for nearly 10 hours. The Mumbai Police reported that Badshah confessed to shelling out Rs 72 lakh for 72 million views on one of his videos.

This news went viral on the Internet like a wildfire. Singer Sona Mohapatra had a sharp response to the same and called Badshah a ‘buyout.’ Sona wrote, “That this world we now occupy places so much value to these ‘numbers’ is scary.Also gobsmacked with how lazy the supposed padha likha (educated) corporate world is to buy into these ‘millions’ fake base while making all their endorsement choices?The A, B,C listings come out of this too sadly.”

She also took a dig at the rapper as she wrote in another tweet: “I’d call it building an empire using matchsticks but the sad part; most do buy into this perception game.The shaadi circuit pays enough to afford these buyouts with their ‘status’ oriented,’live?’music choices...Actors, first to get on to this & of course the Punjabi ‘artists’.”

However, contrary to the Mumbai Police, Badshah has denied the allegations. He released an official statement wherein he stated that he has never paid any money for fake followers or likes.

"Following the summons, I have spoken to the Mumbai Police. I have aided the officials in their investigation by cooperating and carrying out the dued diligence on my part. I've categorically denied all the allegations levelled against me and made it clear that I was never involved in such practices, and nor do I condemn them. The investigation procedure is being executed in accordance with the law and I have complete faith in the authorities, who are handling this matter.

I'd like to thank all those who have conveyed their concern to me. It means a lot to me."