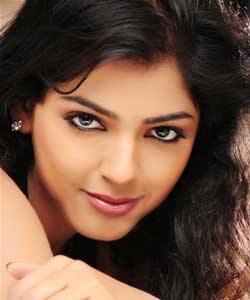 Snigdha Pandey is rocking as Rama Bhabhi in Star Plus' popular show Navya produced by Swastik Pictures. The sarcastic tone that she carries in her Bhojpuri language strikes the listeners at the right point.

But it is a lesser known fact that the actress has a flair for languages.

The actress who has done her Masters in Economics from Delhi University shares about her love for languages, "I can speak Hindi, English, Bhojpuri, Urdu, Marathi and also a little bit of Uzbek which is close to Turkish language. I have acted in a Bengali movie, which is yet to release, wherein I have dubbed for myself. I have also done a foreign language movie because of which I have learnt Uzbek. I would love to learn more languages."

"When people hear me speak English, it takes a little time for them to digest because of my character in the show. They express their amusement and tell me that I am completely different from what I am in the show", adds Snigdha.

Well, the actress indeed is very talented and she has proved herself with the convincing act in the Star Plus show.

TellyBuzz wishes good luck to the actress in all her ventures...

greatsaleen 9 years ago Since the first day I saw you, I thought you were gorgeous! Good Luck!

crazy4tereliye 9 years ago i love navya and each and every character of it!

nuttycleo 9 years ago honestly...i cant think of anything better than...
I hate u...like i love u!!!
Hate the character u portray, but love your acting skills! Cant wait to see your interview as i am curious about your normal accent! :D

rekhavy 9 years ago the character is meant to be hated...and i can assure you,you have done your job really well:)...

Aarohi.. 9 years ago rama bhabhi v luv ur hinglish
lol
n v dun have a PIRABULUM in cein u on tv :)

manga3 9 years ago She is very good actress.Like her performance in navya.

anamikaluvsksg 9 years ago i like ur acting in navya !!!! all the best :)

Fanmania 9 years ago You are a brilliant actresses. We (Me and my husband) loves your acting. My husband doesnt like these saas bahus saagas.. Coz of your accent and dialogue delivery he is watching the show.. All d best..

AnjanaYYZ 9 years ago You are a brilliant actor. Keep up the great work in Navya. I enjoy Rama Bhabi

exclusive
Exclusive Sara Khan to release her next song 'Bham Bhole'; says it's a ...
2 minutes ago