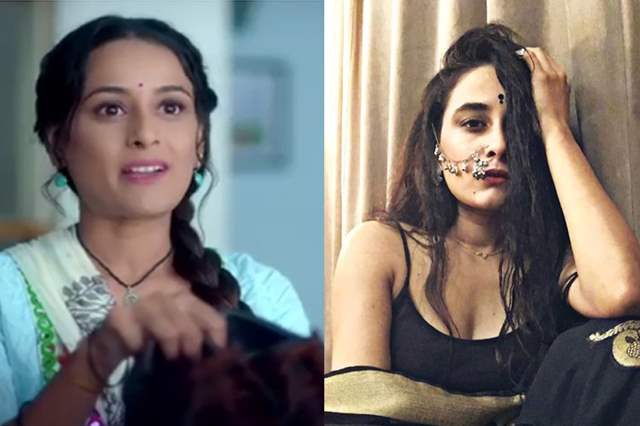 We all know Indian television is indeed full of pre-conceived notions that people have - either about the character they love or about the actor who has been portraying it. Seldom do actors manage to break out of their usually docilce on-screen image and even showcase their glamorous side as and when they want. While this process isn't as seldom as one would think anymore, think about if it was the reverse. That is the case with actor Sneha Jain who will be playing the lead role in Saath Nibhana Saathiya 2 as Gehna.

The promo starring Jain is already out and as expected, she plays the quintessential docile indian woman in the show, more so because she plays the house-help who is ill-treated by the housemates.

And if reports are to be believed, Jain has been asked to sacrifice her Instagram account in order for viewers to relate to her character on-screen more and make it more believable. Just like any other normal person, Jain's Instagram account is apparently filled with bold and sexy images of hers and she even had thousands of followers. However, she has apparently been asked to delete the profile and it was supposedly asked by producer Rashmi Sharma herself. Apparently, Sharma didn't want viewers to see Jain in such an avatar before as the show hits the screens and hence Jain has given up her Instagram profile for now.

Meena_J 22 days ago LOL, a such controlling production house if this is true. It's her SM account so why this?

paytonlee123 22 days ago so this girl will be only have one identity till the show ends. that is so unfair for her. so she can't take part in any other shows/mvs till she is in the show? hope she gets compensated for this

RapChick101 22 days ago What utter BS! This is beyond sickening, are we still living in the medieval world -.- absolute trash thinking to oppress to “maintain” a public impression?!

Juhi_04 23 days ago This nonsense used to happen during early and mid-2000s when actors playing female leads were told not to dress in modern way in public as it will break their traditional image but it stopped from some years. The makers telling her to shut her instagram account is wrong. Why this same PH not told Rubina to do it when she played Saumya? The actress playing Parvati in Sony show was not told to shut her instagram account by its makers. In today's social media era we al know how actors look in real life so there is nothing to hide. I hope this does not happen with anyone else in future.

Neonholic 23 days ago So according to the producer if she sacrifices her insta acc people will accept her as Gehna or her typical indian docile woman character.... What even ! Is RS mentally unstable !! 😒