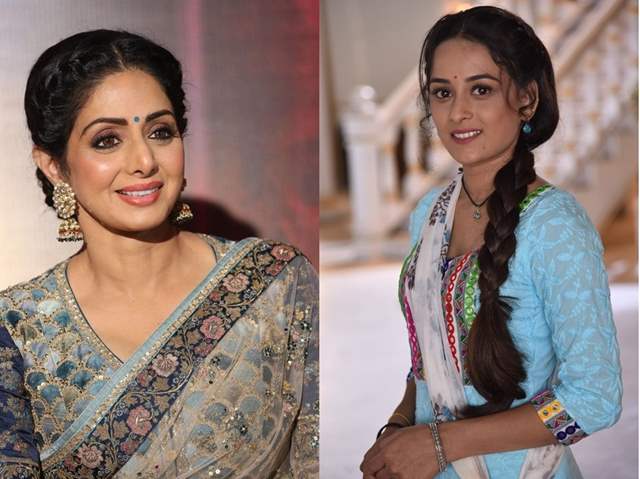 Viewers were left nostalgic as the makers of the popular television show ‘Saath Nibhaana Saathiya’ announced its comeback with a second season. Featuring budding stars Harsh Nagar (Anant) and Sneha Jain (Gehna) in lead roles, the show also comprises of key members from the famous Modi parivaar. As the character ‘Gehna’ shares similarities to that of the roles essayed by the late Sridevi in her movies, it is a perfect example for young actor Sneha to seek inspiration from this female superstar who ruled the entertainment industry. The late Bollywood actress, Sridevi stole the hearts of her audience & fans with many profound and sincere roles on screen.

On finding inspiration from the late Sridevi for her role in Saath Nibhaana Saathiya 2, Sneha said “I am a huge fan of Sridevi and have been immensely inspired by this legendary diva since a very early age. I have been listening to songs from her films, revisiting her interviews, and watch her iconic scenes over and over again. While preparing for my character ‘Gehna’, I took inspiration from her iconic roles and that has helped me as an actor. A muse and inspiration to many, Sridevi was a great actress, and the aura that she exhibited on screen is tremendous. I wouldn’t be able to understand my character better nor enhance my performance if not by watching & seeking inspiration from her. I hope the audience will always love and support the character Gehna.”

Produced by Rashmi Sharma, Saath Nibhaana Saathiya 2 will launch soon on Star Plus amidst the festival of Navratri. Viewers are in for a treat and the show will connect all age groups with its gripping storyline and heart-warming performances

Mohammad Nazim Aka Ahem To Play A Double Role in 'Saath Nibhana ...