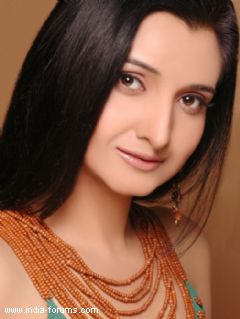 When we got in touch with her she said, "Even though it is a cameo role it is fun as I like watching Fear Files and the concept of the show is very interesting. One thing special about doing Fear Files is that I got a chance to work with the same channel again."

About her character she said, "My character name is Smita, a girl who loves the creative side of the media. She is a theater artist and gradually develops an interest in reading books on ghosts and black magic. Further what she encounters with her flatmates at her house is the suspense, and you got to watch the show to know more."

"I am very happy to take up this show and also excited to shoot for the same. My shooting starts tomorrow" she concluded.

Janhvi Kapoor on being Forced, to prove herself repeatedly: ...
5 minutes ago

Parag Tyagi roped in for Naagin 5?
29 minutes ago

Erica Fernandes Reveals her parents are staying separately ...
55 minutes ago

Jay Bhanushali injures his fingers while shooting for ...
an hour ago

Alia Bhatt gets trolled for turning off comments on her post ...
an hour ago

Mahesh Bhatt to take Responsibility if Sadak 2 Does Not ...
an hour ago