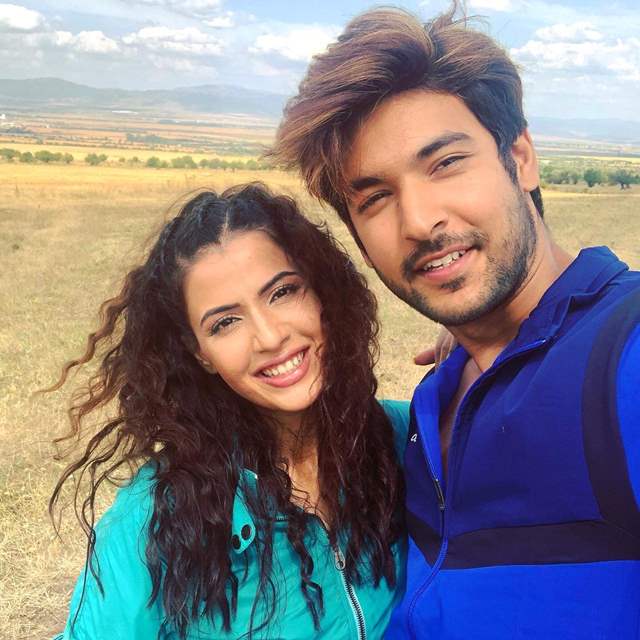 The tenth season of 'Khatron Ke Khiladi' is back on-air. The episode that aired on July 12 was called “Darr aur Dosti Special” and saw contestants participating in the tasks with their good friends. And so Smiriti Kalra went all the way to Bulgaria to support her friend Shivin Narang.

Shivin and Smiriti have been friends since they first featured in the TV show “Suvreen Guggal - Topper of the Year”. They have been friends through thick and thin, so it was obvious that the actress’ sole motive was to let everyone know that her best friend is not a quitter.

With his best friend by his side, the “Ek Veer Ki Ardaas… Veera” actor too looked quite confident. The duo gave a good start to the first task, and Smiriti kept encouraging him throughout. In fact, there came a point where she got stuck while doing a task, and he went underwater and helped her by pushing her farther ahead. However, they couldn’t complete the task as the water level rose and he couldn’t breathe properly.

In the second task as well, both of them gave their best, but lost it to another contestant. The saying, “True friends never leave you during hard times,” is so apt for them. And Smiriti’s presence did bring out the best in Shivin.

Shivin even shared pics with her on his Instagram handle and wrote, “You just need A True Friend, who always has your back, who encourages you, no matter how difficult it is. Thank you my golu Smiriti Kalra for being there for me and coming to Khatron Ke Khiladi for me, in spite of your own fears and phobias and fighting as a warrior princess as you are.”

Shivin Narang roped in to play lead in Naagin 5?

Did Natasa and Hardik Accidentally Reveal Their Baby Boy’s ...
39 minutes ago

Adnaan Shaikh & Jumana Khan come together for a song with ...
46 minutes ago