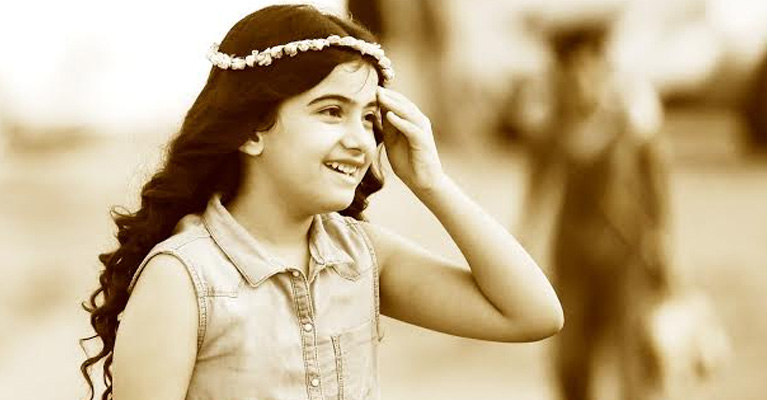 It seems the father-daughter bond is the flavour of the season. Post the success of "Piku", six-year-old Ruhana Khanna, who plays a young widow Gangaa in TV show "Gangaa", has shot for a music video which spreads the message of the importance of raising a girl child with love.

The song on a father-daughter relationship is sung by Suhail Zargar.

"The music video highlights that 'raise your daughter with love'. Ruhana was the first and last choice for the father-daughter story. When I heard the song first, I could only think of Ruhana. It is a contrast to what she is doing in 'Gangaa'," Sabir said in a statement.

Little Ruhana is excited about her first music video.

Talking about it, she said: "A daughter is always papa's princess and my papa will always be my first love. My father has taught me to speak nicely and always respect elders."

The idea behind the video was to bring out a father's bond with a daughter and "highlights the importance of raising the girl child as independently as possible", said Sabir.

"I have been directing Gangaa since the beginning and I feel Ruhana is like my daughter... though I am not married in real life. Ruhana would be seen in a very different regular look contrasting to her Gangaa look in the video," Sabir said.

Also, over 15 TV actors are said to be making an appearance in the video,

+ 5
8 years ago priyanka chopra rocks.
looove her a lottt