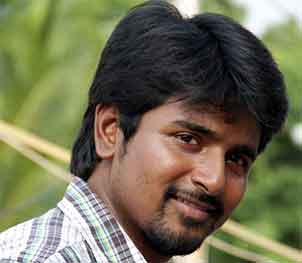 Tamil actor Sivakarthikeyan, who is currently basking in the success of five back-to-back hits, has named his newborn daughter Aaradhana borrowing the first letter from the names of his wife and parents.

"I'm extremely happy to be a father. I have named by daughter Aaradhana after using the first letters from the names of my wife Aarthi, mother Raji and father Doss. Even though I ended up stealing letters from their names instead of being creative, I'm happy overall," Siva told IANS.

Touted as the most successful and bankable actor in Tamil industry, Siva is riding high on the back-to-back success of films such as "Kedi Billa Killadi Ranga", "Ethir Neechal" and "Varuthapadatha Valibar Sangam".

He is currently busy shooting for Tamil romantic-comedy "Maan Karate".