Apurva Agnihotri and his wife Shilpa Saklani Agnihotri are returning back to the television after a hiatus with NDTV Imagine's Pati Patni aur Woh. 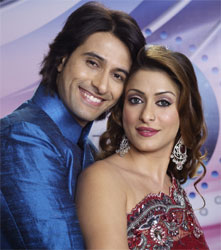 Featured Video
This reality television series doesn't involve dancing, singing or any gut wrenching dare. All this reality show requires is for the participating couple to exhibit their parental skills.

Did Apurva, in the process of endorsing his show, somehow tip off the scale and turn out to be offensive? This is what the actor had to say when questioned why he chose Pati Patni aur Woh to come back to television- "I personally as a viewer am kind of bored with singing and dancing reality shows. I wouldn't watch them. I'd rather take my dog out for a walk instead."

He goes on to talk about Pati Patni aur Woh, "This show might change the face of reality television. This might turn out to be a trendsetter."

On the other hand, Apurva's better half Shilpa jumped into the ship for hubby dearest. She says, "It was after a long time that I got a chance to work with Apoorva. It was not possible earlier as either he would be tied up in a commitment or I. This offer was made to us at the right moment and I just couldn't let such a nice offer go."

However Apurva wasn't the only reason Shilpa chose to do the show. She says, "I love kids. And I was told that here I would have a chance to spend time with kids. So I decided to go for it." 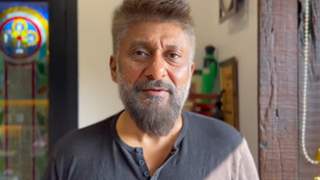 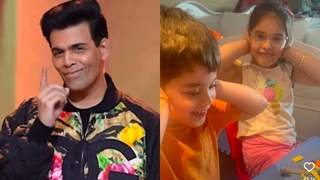 + 4
13 years ago thanks, I share thew same view. Glad to see Apu after a long time

13 years ago he just doesn't like it cause he can't dance!

+ 9
13 years ago I just wish Apruva and Shilpa all the best.

13 years ago I think everyone's bored of singing dancing shows...just his view actually!

13 years ago they are really cute