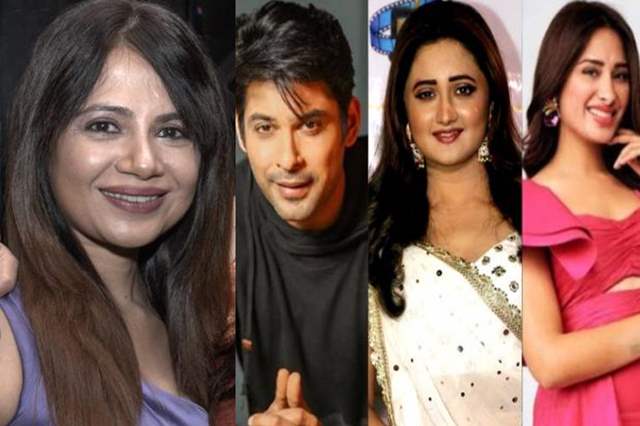 The outside drama in Bigg Boss 13 continues where one celebrity after the other in the real world are coming forward to express their opinions on various celebrities in the house. Of course, it shouldn't come as a surprise that once again, this is about Sidharth Shukla - about whom almost every talking point has been so far.

While many celebrities have already either supported or gone against Shukla for several proceedings, the latest to join the conversation is actress, Natasha Singh. Singh has been on the tube for several years and is best remembered for her role in the cult comedy, Dekh Bhai Dekh. Singh is a close friend of Shukla 's and the actress went on to slam Mahira Sharma and Rashami Desai's attitude and comments on Shukla.

In an interview with an entertainment portal, she mentioned how even though Desai has been very vocal and expressive about her ill comments towards Shukla, the latter has not spoken badly about her at all. She mentioned further that this is how she was livid when Desai called Shukla a 'namard' on the show amongst other things. Even though Desai apologized to him later, she (Singh) was shocked by her comments.

When Singh was asked to describe Shukla on length she described Shukla as balanced and sensible but if you're his friend, he expects you to understand and trust him. She said how people have talked ill about him and cried that they are sorry they spoke like that. She mentioned how she has learned over the years that Shukla doesn't speak lies. She, however, admitted that he has anger issues but he is working on the same.

On Mahira Sharma's 'buddha' comment, Singh mentioned that how being 40 is not being buddha and Shukla isn't 40 years old too plus doesn't look like a buddha from any angle.