The gorgeous and pleasing Aanchal Anand has come a long way in the television industry, and has proved to one and all, that she can play a grey shade and a lead role with the same finesse and perfection. As the vamp and trouble-creator Alisha in Sinndoor Tere Naam Ka, the audience loved to hate her. Now, she has got into the grooves of Siddhi in Zee’s Har Ghar Kuch Kehta Hai, where she plays a very realistic character; with views that are very much justified and close to truth, in today’s life. 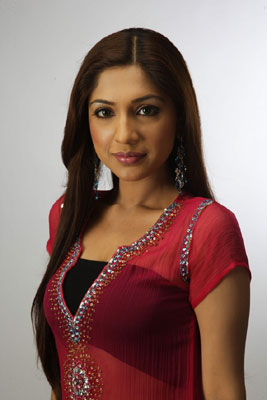 Featured Video
First of all, tell us about Siddhi..

Aanchal: See, Siddhi is not a typical middle class girl; she has been brought up in a different atmosphere, in London. Her viewpoints are totally different. She loves her husband more than anything else. She is a person who will want to be left alone, just to her husband. She will not interfere in another person’s matters, unless absolutely required, and would expect the same from all. There was a scene shown, where she tries to justifies to Gyan, that she is not the typical middle class girl, and her upbringing is different. Even when the photo frame incident happened, she tried to tell Gyan, that it would be wrong on her part, if she had replaced his family picture with her family picture. She took the picture out, just because it did not match with her décor. Simple!

If Siddhi had attitude, you would not see her, trying to pacify Gyan, holding her ears, trying to make him smile and saying sorry to him. This just shows how much she loves Gyan.

Aanchal: She is quite like Siddhi. I too believe in the fact that, I should have a small and happy family. It’s fine if in-laws are around; it is important to have elders at home, we learn a lot from them. But I just cannot imagine going into a family that has many people. It is a very scary thought!

Do you think Siddhi is justified in whatever she does?

Aanchal: Absolutely!! Her character is very realistic. She is not the usual run-on-the-mill heroine. She is justified in whatever she does. No girl would love to live with a huge family; its fine, if there are only in-laws around, but not a huge family where she needs to digest mamas and mamis and chachas and chachis.. All this gets maddening after sometime. Siddhi is very much in love with Gyan; for her, her life revolves only around him, she is dedicated to him, is a good wife.

If given a chance to choose your role in Har Ghar, which character would you have opted for?

Aanchal: Definitely it will be Siddhi! I enjoy playing this track a lot. Its real masti and fun, infact I loved the initial scenes of the serial, where Gyan and Siddhi play lots of pranks on each other and eventually fall in love. Actually, in between, when the track was not revolving on us, I got so many calls and messages, asking me where the two of you disappeared and when will we be seeing some real cute scenes of Gyan and Siddhi, again… So it feels nice, I love this role and the serial. 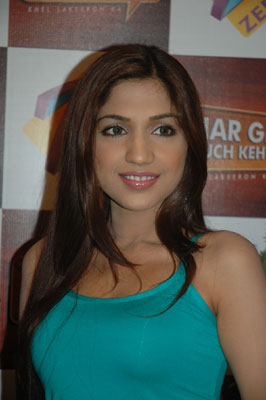 How has the transformation been, from playing Alisha in Sinndoor and now Siddhi in Har Ghar?

Aanchal: Alisha in Sinndoor was a cameo. Here, I play the lead. Another difference is that, Alisha had grey shades, but Siddhi is a very realistic character.

How is it working with Sachin Shroff? You both share a good chemistry from the days of Sinndoor..

Aanchal: Very good, I must say!! He is an excellent co-actor, this is actually my third show with him, and it’s really nice to be working with him. Many people call me just to tell me that our chemistry in the show is just rocking! It feels good; it is good for the show too.

How is the track going to move as regards Gyan-Siddhi?

Aanchal: As you see, Siddhi is completely in love with Gyan. She can do anything for him. I cannot reveal much, but the only thing I can say now, is that Siddhi can never get negative, that’s for sure.

What about the Mr. Perfect in Aanchal’s life? Have you found him? Will you go for an arranged marriage or love?

Aanchal: Ya, why not! Gyan is really adorable; he is a very good husband. I would want a person who loves me a lot, and whom I love a lot. It is all about loving an imperfect man, perfectly!

Any message to your fans?

Aanchal: With regards to this show, I would say, watch the show. Enjoy Siddhi and Gyan’s track. There is a lot more to come in the track. 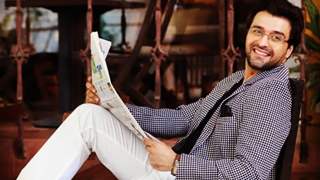 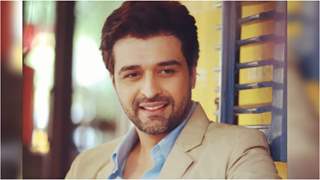 14 years ago aanchal is a boring actress & i really don't like her looks & neither her voice . sachin shroff desserves someone better than aanchal.

14 years ago siddhi's behaviour is right to a certain extent.she's a modern gil but she just lacks manners and her in-laws are so nice to her.it's a different story if they were mean.they love her a lot and they have a lot of patience.she's quite selfish to do this to gyan but on the contrary gyan should also realise that he's married now and he has a wife too so his life will be with his wife now as they are going to spend the rest of it together.

14 years ago she is cute.. but anchal plz don't say Sachin is good star.. i don't like him.. same bore acting..

14 years ago she is so mean...she said she is like siddhi....she dont belive in joint family...she dont like it or what??

+ 5
14 years ago apppi i very much agree with u... sachin's chemistry has only rocked with gurdeep kohli

14 years ago i don't like her (appearance wise as well as acting wise) & i don't think she has any chemistry with sachin shroff ,sachin & aanchal pair totally look out of place!!!

+ 4
14 years ago isnt she the gal who was also in the show 'Kabhi aye na judaai'...as the elading lady..*thinking*