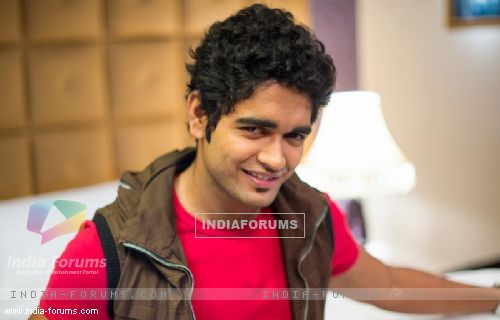 Popular actor Siddharth Sen, who was last seen as Shree in Star Plus' popular thriller show Arjun, is all set to make a comeback on television with an episodic series.

Our source says, "Siddharth has been roped in for an episodic of Bindass' Pyaar Ka The End. The actor will be seen playing a footballer. The show which revolves around the love stories ending on a negative note. The current story will revolve around this guy who does not want the girl to leave and go away from his life. Something unexpected happens which lead towards a tragic ending of their love story."

When contacted Siddharth, he said, "Playing this character in the episodic is completely different from what I have played earlier in Arjun. It's great working with the team. It's a youth based show and it was something which I was looking forward to do."

Siddharth has already started shooting for the episode!

AnkitaDey2 5 years ago All the Best Sid for ur new show..
Hey guyz i m new here ..i have a amazing story on Ariya..that I want to post ..but I dont know how to do that ..Plzzz anyone help me through it...

6 years ago All the best Siddharth! Loved you in Arjun!

6 years ago Looking Forward To This Episode! All The Very Best Siddy..

9 years ago Saw them on 'Just Dance'. I would love to see these 2 guys 2gether in a movie, may be as brothers, their parents would have divorced when they were very young and 1 brother went with the Mom and other with the Dad and they have had no contact with each other till they both enter a reality dance competition..LOL..

+ 5
9 years ago omg cant wait to see shahid on it
i always wanted to see them together and now i can :D

9 years ago its going to be dhamaka for sure...cant wait epi

swtnamzi 9 years ago Cant wait for the epi..shahid has been my crush since my school days...:-):-)