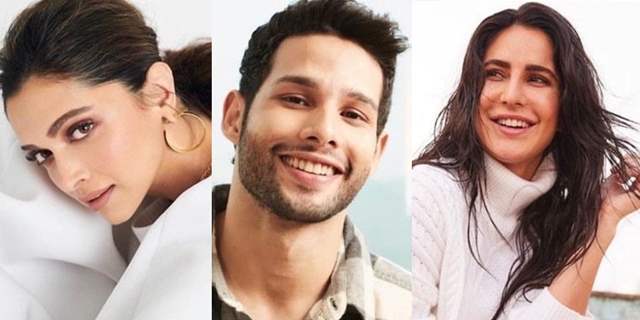 With just a single film release, Siddhant Chaturvedi has proven himself to be an exemplary actor. His role in the film Gully Boy as MC Sher had a major impact on the audience, so much so that the underground rap scene in India was brought to the limelight.

After winning over the hearts of the audience, he is to be seen in more films where he will be working with the leading actresses of Bollywood!

Siddhant has a stellar line-up of films and will be seen working with leading ladies of Bollywood, to which he says, "It would be a dream for any newcomer to get the opportunity of working with these beautiful and oh so talented leading ladies. I am glad that I am getting to live my dream.”

The actor has multiple projects in the pipeline as he will next be seen in "Bunty Aur Babli 2", followed by Shakun Batra's next with Deepika Padukone and Ananya Panday and the most recently announced Horror-comedy film 'Phoonebhoot' where he will be a part of the trio with Katrina Kaif and Ishaan Khatter.

Apart from his upcoming films, in the film Gully Boy, which Siddhant even bagged an award for, he was also seen working with Alia Bhatt who had played the role of Safeena. Asides from acting, being multi-talented, Siddhant even released his single titled Dhoop which received immense appreciation from the industry and fans alike.