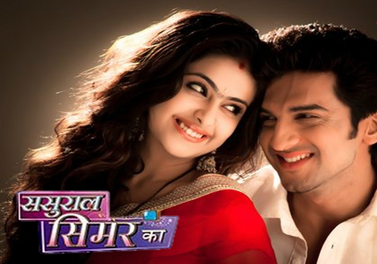 Colors' popular show Sasural Simar Ka is gearing up for an interesting twist in the tale as Siddhant and Khushi will come face to face in Goa.

As per the ongoing track Khushi (Jyotsna Chandola) has kidnapped Sonia (Shalini Sahuta) and has disguised herself as Sonia. She has worn Sonia's face mask to get married to Sankalp Bharadwaj (Aryamann Seth). She has entered the Bharadwaj house back to take revenge from everyone and thus succeeds in her evil plan with the help of Bobby (Bobby Darling) who plays her make-up artist in the show.

Confirming about the same our source says, "Sankalp and Khushi will head to Goa for their Honeymoon and Bobby will also accompany them. As Siddhant looks after Sonia's business he will also fly to Goa along with Roli to get some important documents signed from Sonia (Shalini Sahuta) but there is an interesting twist here as Khushi who has disguised herself as Sonia will encounter Siddhant for signing the important papers."

When contacted Manish Raisinghani who plays Siddhant to know more about the same he said, "It's a quick trip to Goa to get some official documents signed from Sonia where Khushi and Bobby both are present. It's a cat and mouse chase. But about Khushi's truth it's still suspense for me too. I don't know if the production will reveal it or not."

He further adds, "Roli (Avika Gor) and Siddhant will share some romantic moments together and cheer up their mood by dancing on a song. The shooting for the song that too on the beach was very interesting and we enjoyed it thoroughly."

Well, it will be interesting to watch whether Khushi's truth will be exposed or not in front of Siddhant. To know more about the same keep reading this space.

...Arjuneeti... 6 years ago Avika Gor and Manish Rasinghani waiting for the dance

suju. 6 years ago Rosid rocksss eagerly waiting for their scene

A_for_Arpita 6 years ago Finaly Some RoSid Moments, Excited For The Dance Sequence!