View Profile
"Masaan" fame actress Shweta Tripathi might have kissed in the internationally acclaimed film, but she says she is uncomfortable doing such scenes. 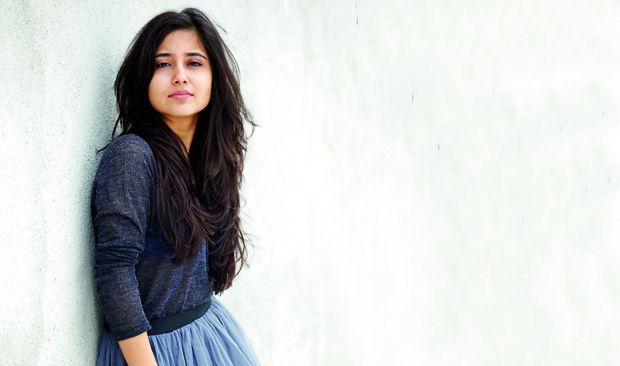 The 30-year-old shared that kissing onscreen might seem like a "small thing", but it's not and that she was nervous when she had to tell her mother about the lip-lock scene with Vicky Kaushal in the Neeraj Ghaywan directorial.

"I told her that there is a kissing scene in the film and then there was silence from the other end. I was like 'Oh no!' My mom was surprised. I told her that the film had gone to Cannes International Film Festival and that when she will see the film, she would know that it's justified. Then she said 'Ok'.

"They are your parents, and for a girl it's more sensitive," Shweta told IANS.

When they saw the film at a special screening in the capital with the team, she said that her parents seemed to be "fine" with it.

"Richa (Chadha) and I were sitting right in front of them. Richa's parents were also there. She was also nervous about her scene. So I was like, 'Listen your scene is going to come in the beginning and then the movie will go forward, so nobody is going to remember it because you have given such a brilliant performance and mine comes just before the interval'," Shweta quipped.

The "Kya Mast Hai Life" actress was so nervous about her parents' reaction that she and Richa sat "holding hands".

"We were like little school girls. Sanjay Mishra and Neeraj were also sitting near us. Neeraj started laughing. That was one moment that I'll never forget. But that doesn't mean that I am comfortable doing kissing scenes.

"Neeraj gave me so much respect. He actually asked me that 'Shweta if you are not comfortable with the scene, we will not do it'. When you have a director like him, you feel no... I had read the script and I noticed that the kiss was important. I am not going to kill a writer's vision because I am not at comfort," she shared.

She will next be seen with Nawazuddin Siddiqui in "Haramkhor" in which she will essay the role of a teenager who falls in love with her teacher.

When is it hitting the screens?

"I'm hoping before this year ends because as an artist when you make something, you want people to see it and don't want to keep it to yourself," she said.