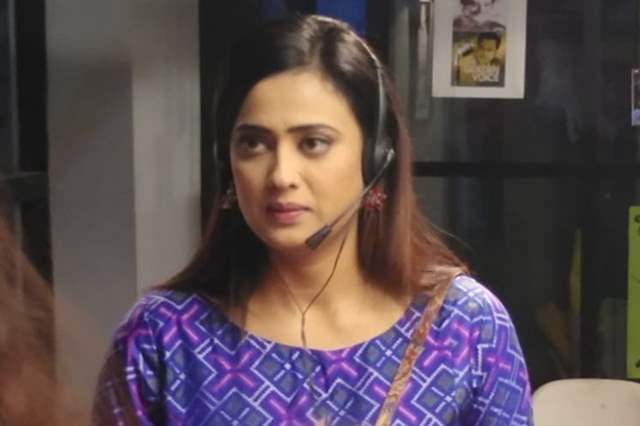 Shweta Tiwari who has always been intensely passionate about her work and has left no stone unturned to give it her all to every role she has played on screen. For her latest role as Guneet Sikka in Sony Entertainment Television show, Mere Dad Ki Dulhan, she did a radio gig which she has never done before.

As per the current track, the show is taking an upsetting turn where Guneet is heartbroken after knowing the fact that Amber is 'No Drama Please'. Guneet being the strong-hearted woman in the show is trying to move on from the trauma and to distract herself from the reality she went ahead did and did a radio gig. In the gig, she tried sharing her story of heartbreak and deception to help other women.

On shooting for the same, Shweta shared her experience, and said, "I have been to radio shows and in fact, I have even worked as an RJ with a popular radio station for almost a year. I used to do a morning show. I was very excited about my comeback as an RJ on the show, as it made me re-live my Radio Jockey days."

She further added, "I believe Radio is an integral part of our lives. Be it long hours of traffic, or while working out or even while doing day-to-day chores, Radio uplifts our mood. It's definitely the music as well as the RJs' who are so good at what they do, and they have such amazing,infectious energy that they give out to their listeners."

So in the show, Guneet decides to speak her heart out and finds it soothing by sharing her pain of being heartbroken on Radio.