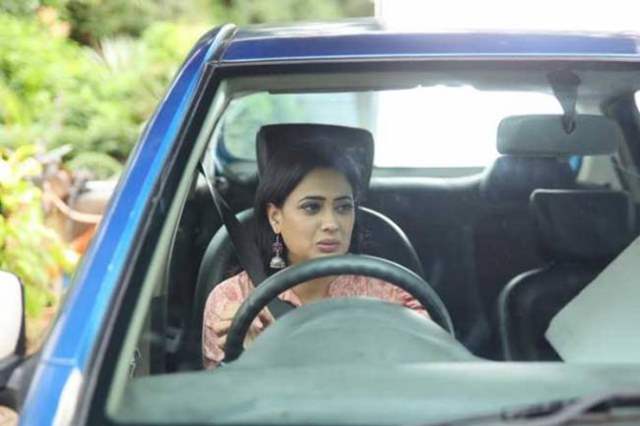 Actress Shweta Tiwari, who has recently been in conversation for her television comeback show Mere Dad Ki Dulhan, is already gaining a lot of praises for her character Guneet Sikka. Not just that, she even considers her daughter Palak to be very similar to her character Guneet Sikka. Known for her lasting impression through her strong characters, she is essaying the role of an independent woman who eventually lands up in Amber and Niya’s life.

Being a method actor, Shweta believes in rehearsing and performing every scene with utmost perfection. She recently shot for a scene where Guneet bumped her car into Amber’s car, and revealed an interesting anecdote of that scene where she actually damaged her expensive car while rehearsing for the same.

As the show is based on Ghaziabad entire cast of the show travelled to Delhi for promo shoot and initial episodes. "It was a long day and we had less time to complete the shoot rehearsals and scenes. I know how to drive a car but while I was practising for the scene, I had to bump into Amber’s car and doing that on purpose does not come naturally to me. So I had to rehearse the scene several times and I ended up damaging my car a little. It was a very funny scene and I was pulling Varun’s leg that I at least get to drive bad on purpose for the scene", she said.

In the current track of the show, Niya is all set to go to California for her training program. However, Niya is worried about her dad’s health and care so they decide to keep a tenant for their house, so Amber does not feel alone. Will she be able to go to California or will she change her plans? What do you think?