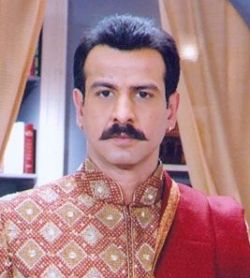 Ronit Roy aka Dharmaraj of Imagine TV's Bandini has proved to all that he is a true professional!! In an industry where there is a misconception that most of the senior actors throw starry tantrums, Ronit is truly an exception!!.

TellyBuzz got to know of a recent incident when Ronit Roy came to the sets of his upcoming show on Sony, Adaalat in a very bad health condition.

A close source informs, "Ronit was down with a severe viral infection, and was taking plenty of painkillers to keep himself active. In spite of being so weak, he completed his shoot and was all cool on the set without throwing any tantrums, which usually actors do when they are not feeling well."

"He not only came on the sets on time but even after completing his shoot, stayed there till his shift got completed", adds our source.

When contacted, Ronit told us, "Yes, I am down with a viral infection due to which I have terrible body ache and fever. I am presently on various painkillers so that I can work and shoot for a long time. This is nothing great, as it is my work and i have to do it".

We appreciate you Ronit for your true spirit!

Naz2000 9 years ago i like that someone contiune working while try to deal with illness.
Get well soon.

maaniqra 9 years ago Get well soon Ronit Roy, I hope the new show is good.

Luv-Shonit 9 years ago RR is very professional and dedicated. Hope this show does really well.

darshipmodi 9 years ago awesome keep it up.
you are the best.

pyar-ishk 9 years ago Get well soon Ronit Roy, I hope the new show is good.

Shipra_S 9 years ago we too appreciate you Ronit.

Rhea Sharma to be seen in Ekta Kapoor's next?
10 minutes ago