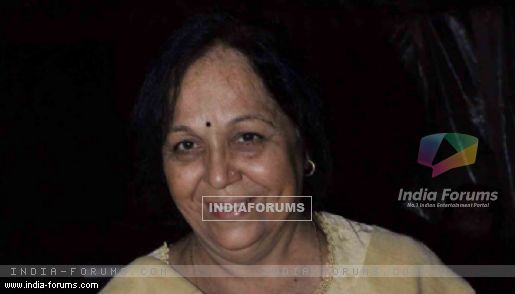 Actress and theatre personality Rohini Hattangadi, who played Kasturba in late Richard Attenborough's "Gandhi", says that working in the multiple Oscar-winning film was a revelation to her. She said the British film director gave a bound script to everyone and followed it religiously.

Attenborough died at the age of 90 Sunday.

"I still remember vividly how I got Kasturba's role in 'Gandhi'. At that time, I was doing Marathi theatre when the casting agent Dolly Thakore contacted me to meet Sir Richard," said Rohini.

"He was going from Delhi to London via Mumbai. Luckily, I was in Mumbai that day. I met him for an hour. We spoke about theatre and then he left. I later got to know he had so many other actresses for Kasturba's role. So I didn't really bank on getting the role. But the very next day Dolly called to say I had to leave for London for shooting immediately," she added.

It wasn't easy for Rohini to pack her bags and hop on the plane, but thankfully things fell in place.

"I was booked for the coming weeks for my play. I didn't even have a passport. So how was I supposed to leave for London all of a sudden? But Dolly said she'd help me with all the travel details. In eight days, I got a temporary passport and the producer of my play was very accommodating. Everything just fell into place..."

"Shooting for 'Gandhi' was a revelation for me. We were all given scripts and then we were asked to do our homework. I searched for books on Kasturba, but I found only two books, that's all. So I had to rely on my own skills.

"At the same time, Sir Richard did not allow us to deviate from the script. He was very clear on how he wanted my English pronunciation. He didn't want me to put on an accent. At the same time, he didn't want any Maharashtrian or Marathi pronunciation in my speech. Since I had gone to a Marathi-language school, I had to take elocution classes as preparation for my part as Kasturba.

"Sir Richard also made me and Ben Kingsley to learn to spin the charkha. We spent two-and-half months learning both," she said.

Released in 1982, the biographical film brought the life of Gandhi on celluloid and the appreciation that the film garnered across the world was phenomenal. It won eight Oscars out of its eleven nominations.

"Did I expect the film to have such an impact? Frankly, when I was doing the part, I was too young to understand the importance of it. It was just a role for me. And it all happened so suddenly.

"Sir Richard would often allow me to interpret certain scenes in my own way. He gave me a lot of freedom because he said I understood the culture better than he did.

"I remember one sequence where a man comes visiting Gandhiji in Champaran. I was supposed to be in the background. The question was, what was I supposed to do? I suggested I could be making rotis in the background. So a chulha, tawaa, and all the ingredients were arranged. The scene came out so well. The importance of what I had done occurred to me much later," she said.

Remembering the film's release, Rohini said: "After release we were suddenly thrown into this situation of tremendous impact. I found myself travelling all over the world with the film for the premieres. The impact was immense. In 15 days, we did six premieres."

The success of "Gandhi" opened the doors for Rohini.

"After 'Gandhi', Bollywood offered me mothers' roles. I played mother to heroes older to me like Amitabh Bachchan and Mithun Chakrbaborty. When I came into the movies, I was 27 years. I had the choice of playing the mother or sister. I chose mother," said the actress who was seen in films like "Sarfarosh" and "Agneepath(2012)".