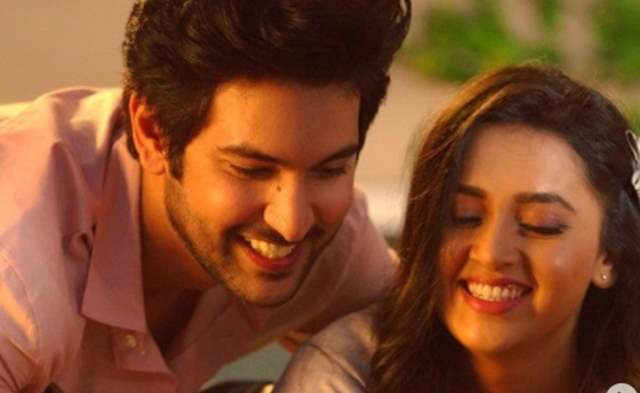 Self-admittedly, actors Shivin Narang and Tejasswi Prakash opened up on how they absolutely did not expect their on-screen chemistry to be loved by one and all so much. After they appeared in Khatron Ke Khiladi's latest season, their pairing was talked about a lot, especially by their respective fans who even speculated that they are dating each other.

While that was denied by both parties at that time, it made way for a special occasion to have them work together on-screen.

We know how Narang and Prakash starred together in a music video called Sunn Zara. The video was loved by many and went on to cross over 30 million views on YouTube. And now, if recent reports are to be believed, the pair has been roped in to be a part of yet another music video together. That's right. In fact it is also being said that they have already shot for the video where Narang is playing a rockstar and Prakash is her love interest.

With one reality show and two music videos to their name, we hope the pair continues to be loved by one and all abd hence, does a lot more work together.

Shivin Narang elated about wearing the uniform in his music video with ...

zara_112 2 months ago Love watching Shivin and tejasswi together, all the best for their MV.