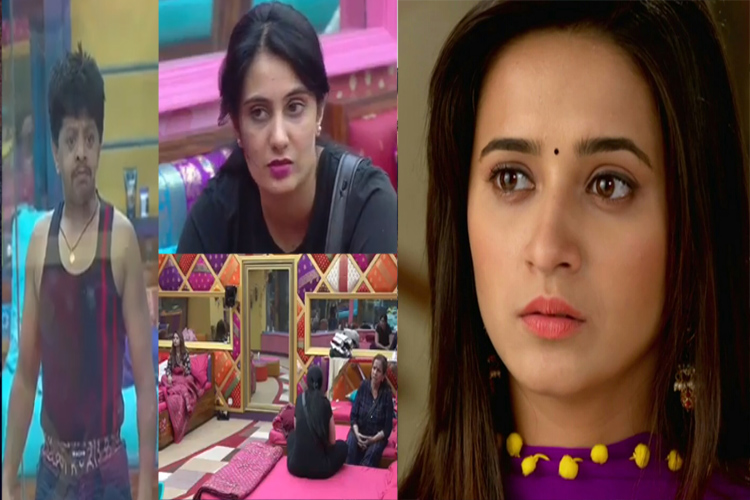 Bigg Boss is Bigg Boss. After a point of time, it doesn't matter if the show is language based or regional, the controversies, fights and several other things that come along with the show's reputation continue to be the same in terms of the nature.
While, you may have already loved the mega controversies that happened with Bigg Boss Season 11 (Hindi), and even Bigg Boss Tamil, which was hosted by Kamal Hasan.
The Marathi viewers everywhere are currently treated with the explosive Bigg Boss Marathi which sees some of the most celebrated names in Marathi industry like Resham Tipnis, Usha Nadkarni and Rajesh Shringarpure among others.
It has only been a few days since the show began, but we are absolutely not surprised that the show has already produced some controversial moments already.
Infact, actress Shivani Surve, a Maharashtrian herself went on to come across a clip, which left her fuming about the way women are talked with in the house.
She went on to post about it and mentioned, how some contestants should be taught manners on how to talk with women and how their idea of not being as harsh as Hindi Bigg Boss now seems like a joke-
Featured Video
She even went on to express her support for one of the contestants on the show, Megha Dhade.
So, have you seen Bigg Boss Marathi yet? Leave in your comments below..