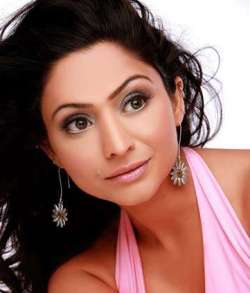 Shivani Gosain who is fondly known to play prominent negative characters will be seen in yet another loud role in Star Plus and Shreya Creations' new show, Love U Zindagi.

A source says, "Shivani Gosain will be essaying the character of Vimmy bua who is the only authoritative sister of the three brothers. Being unmarried, she likes to throw her weight around the house. All in the family are scared of her. She is the one who can say anything to anyone at any kind of situation".

We contacted Shivani and she says, "Yes, I will be seen in the show in a typical Punjabi loud character. And I am the one who is very dominant and like it when people listen to me".

Talking about the experience she says, "I am working for the show since last week and the environment on the sets is positive".

Shivani was last seen in Beyond Dreams' Rang Badalti Odhani on Star One..

Catch the lady adding the Punjabi flavour in the show..

+ 3
9 years ago She was wonderful as Hetal...wish they could get her back for some time...

10 years ago Best of luck with the new show...would still love to see you back as Hetal

10 years ago Loved you as Hetal! ..Good luck for your future..

+ 4
10 years ago Loved loved loved you as Hetal ...and loved the way you said Hasto..!! Wishing you he best in your new show and role...you definitely will rock it for sure...:)

ruma09 10 years ago Slow death to a epic film Jab we Met. So many unwanted loud characters not there in the original

+ 3
10 years ago that means she won't be a part of the dhulwadi track :( i was looking forward to her in dhulwadi in RBO :(