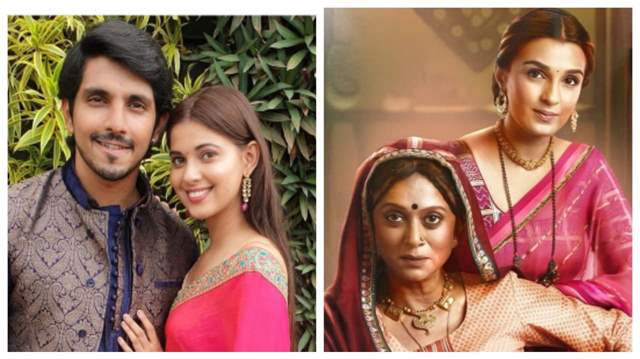 Star Plus show ‘Pandya Store’ is getting a lot of love from the audience. The current track of the show revolves around Dev, Shiva and Krish planning to built a separate room for Dhara-Gautam. In the previous episode, Anita learned about the construction and got upset as she doesn’t want Gautam and Dhara to come closer to each other and spend private moments in a separate room.

In the upcoming episodes, the brothers get worried about rains and that their efforts would go in vain if it rains. Suman assures them that it wouldn’t rain. Gautam gets plastic sheet to be on a safer side. The trio begins the construction work again.

Anita reaches Janardhan’s house and informs the family about the bathroom incident and how Pandya family is treating Rishita. Kamini slaps Anita and ousts her from their house. Disappointed Anita goes home where Prafulla tells her that the brothers have chosen a wrong season for construction as if it rains and water get mixed with the cement, the cement would spoil and they wouldn’t be able to make the room. Anita gets happy as an idea strikes her mind.

Rishita comes in the kitchen and offers to help Raavi but she states that the food has already been prepared. Rishita gets upset and says that no one loves her. In a fit of rage, she gets her hand burned. Raavi aids Rishita and tries to explain her Dev’s temperament. Rishita states that she is jealous of her as she knows Dev better than her. Shiva overhears it and gets upset and leave. Raavi tells her that not only Dev but she knows all the three Pandya brothers very well as they’ve grown up together.

The bricks used for construction fell on Suman but in the nick of time Dhara saves her. Everybody rushes towards them. Dhara and Suman get little injuries but the family is happy that they dodged a big tragedy. 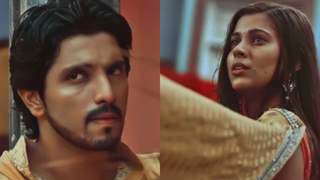 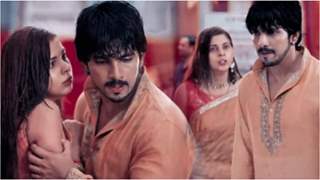 Suman throws Shiva out of the house; Raavi blames Dhara for her misery ...

2 months ago Love ShiVi, wanting more of their story.

2 months ago Love ShiVi, wanting more of their story.

2 months ago Getting repetitive with 'Dhara saves the world' tracks. Or GauRa's private moments. Wish makers keep consistency in showing the other 2 new couple's journeys, trials, tribulations! Unlike GauRa, they have much-complicated start points.

+ 3
2 months ago Waiting for Shivi's track in pandya store! The cast is doing a great job

+ 2
2 months ago I wish all the 3 couples got equal footage instead of concentrating only on GauRa. Hope things improve soon,

2 months ago The story has been very interesting so far!! I hope they explore ShiVi and DevTa a bit more in the upcoming weeks!!