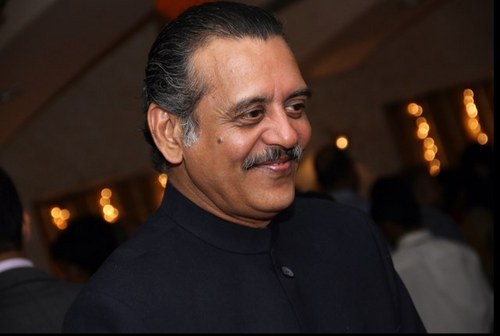 Shakuntalam Telefilms' popular show Shastri Sisters on Colors is garnering lot of attention from the masses for its interesting twist and turns. The show has reached towards its high point with the entry of Swati Kumar who plays Karishma and Rajat's (Vijendra Kumeria) love interest.

To spice up the drama the makers have roped in the senior actor Shishir Sharma who was last seen in Colors' Madhubala - Ek Ishq Ek Junoon to play a pivotal role. While his acting has been admired by the masses not only in TV shows but also in films too. His last stint was in the much acclaimed film Mary Kom.

Our source informs us, "Shishir Sharma will enter the show as Fufa ji who is a politician and Karishma's father. He will be playing a pivotal role in the show."

We contacted Shishir Sharma and he confirmed the news by saying, "Yes, I will be soon joining the team of Shastri Sisters and will start shooting soon."

We wish Shishir Sharma all the very best for his role!

6 years ago Seems upcomig episodes will b exciting. Plz give us anuraj news

6 years ago A heartwarming show with talented actors...Loving every one of them but Ishita Ganguly and Vijayendra Kumeria the most..and Shishir sharma will definitely add more interest..

6 years ago Shastri Sisters is a very good show and the actors are all amazing.

+ 3
6 years ago I love Shastri Sisters. It is a very interesting show. Actors play their roles perfectly specially Vijendra Kumeriya. It is nice to have some powerful actors like Shishir. But I am not interested in making Karishma Rajat's partner..or giving her a great screen space. With her father coming in the show it seems like she will be one of the leads.

+ 2
6 years ago Love interest of Rajat :S, but i thought she gonna help rajat to win anu's love, but after reading about this new entry, i am confused...:'(