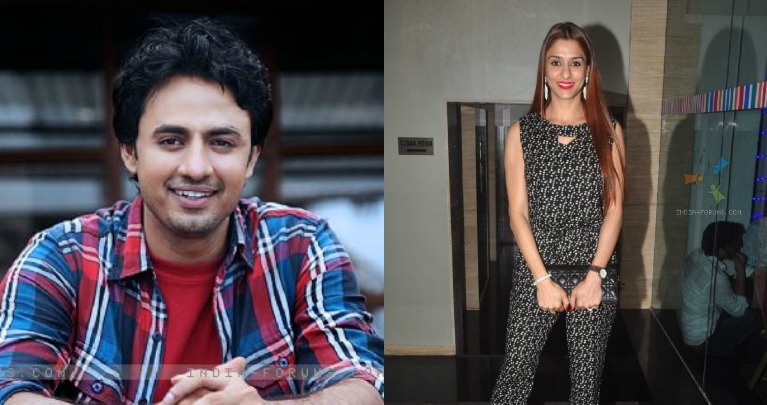 Lost Boy Production's show Taalash, will see the very popular Shilpa Saklani Agnihotri along with Sandit Tiwari on an upcoming episode. Taalash, as our readers might recall will depict the tales of the spooky and uncanny incidents but with the intricacies of human relationships.

Our source informs us, "The story will be about a mother and son bonding and how a mother doesn't give up on seeking justice for her son. It's a sweet, simple and touching story!"

We reached out to Shilpa who confirmed saying, "Yes, I shot for the episode last month and had a great time during the shoot."

Sandit Tiwari, too confirmed the news saying, "Yes, I did an episode for the show and it was my second time working with the production house as I had done Fanaah earlier with them."

pjoshi007 8 years ago Salman Khan was the surprise star at the box office; his real life love Katrina Kaif ignited millions of male – and female – fantasies with some scintillating dance numbers; Shah Rukh Khan went on a marketing blitz for Ra:One which turned out to be a damp squid and of course little Miss Bachchan captured the imagination of the entire world. It was certainly an interesting 2011 for Bollywood and its stars, established and otherwise, for the right as well as wrong reasons.

2012 however, is all set to be dominated by a sultry young actress who is already a bit of a veteran of the industry and who will be reincarnated in a number of different guises to the delight of her fans around the world. Bipasha Basu looks utterly ravishing as she connects with the UK Asian from Mumbai on a video call, not betraying a hint of the strain of what has been a rather difficult year for her personally nor the excitement of what is set to be a vintage few months ahead as she celebrates a decade on screen.
Read More at wwwdotukasiaonlinedotcom