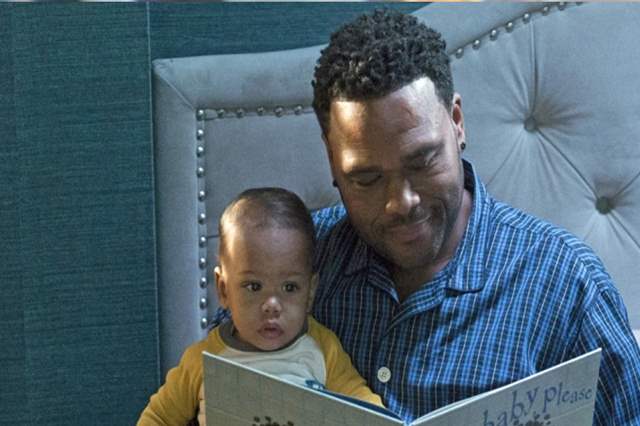 The famously infamous episode of Black-Ish called Please, Baby, Please is now set to be watched by everyone. As creator Kenya Barris has hinted in recent months, Disney is making the controversial 2018 half-hour available with the rest of the comedy's library at streamer Hulu. The episode -- which featured Dre, the Johnson family patriarch played by Anthony Anderson, telling his infant son, Devante, a bedtime story that reflected on the events of his first year on earth -- was supposed to roll out in the back half of the Emmy-nominated series' fourth season. Mere days before its scheduled Feb. 27 air date, "Please, Baby, Please" was mysteriously and indefinitely shelved. The move turned out to be the last straw in Barris' long-standing relationship with The Walt Disney Co. Not long after, he moved his business from ABC Studios to Netflix.

The episode, as THR reported in a 2018 cover, story offered a mix of political allegory (an animated fairy tale about a character named The Shady King) and actuality (news footage of Donald Trump, the Charlottesville attacks and the NFL kneeling protests). "When you're putting a baby to sleep, you're trying to soothe whatever anxieties they're having," Barris said at the time. "So, this was about me trying to pat the butt of the country and soothe people." With the studio's blessing, production is said to have spent handsomely on rights and clearances for such things as the Sam Cooke ballad "A Change Is Gonna Come," which Barris personally met with Cooke's goddaughter to secure. He also enlisted a high-profile illustrator, and hired his hero Spike Lee to do voiceover, since the episode took its title and inspiration from a children's book written by Lee and his wife.

We certainly cannot wait to watch the episode soon.

Yami Gautam and Vikrant Massey collaborate for Mohsin ...
28 minutes ago

review
Review The Confession Review: The film Relieves all the Serial ...
49 minutes ago