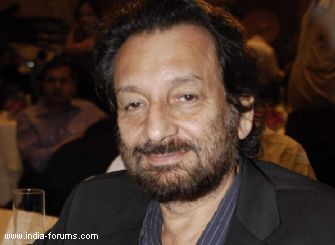 Acclaimed filmmaker Shekhar Kapur, known for directing movies like "Elizabeth", "The Four Feathers" and "Elizabeth: The Golden Age", wants British artist Damian Hirst to design for his next project.

"In LA (Los Angeles) chatting with Damien Hirst to be designer for my next film," the 66-year-old posted on micro-blogging site Twitter.

The 46-year-old Hirst is an artist, entrepreneur and art collector. He is also associated with the group, Young British Artists (YBAs), which dominated the art scene in Britain during the 1990s.

Not only Hirst, Kapur also met comedian Russel Brand and describes him as one of the wonderful men he ever met.

Meanwhile, Kapur has also been working on a film called "Paani", which will focus on the issue of water war.