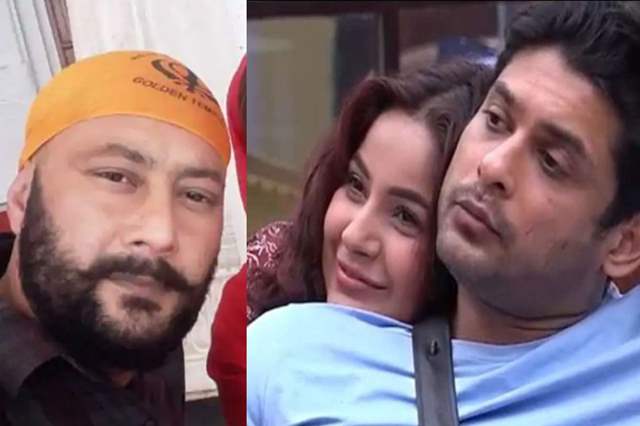 Whenever there is anything that Bigg Boss 13 fame Shehnaaz Gill and Sidharth Shukla are doing together or separately, that in itself gets the fans excited all the time.

They are immediately wanting to know and have a conversation about it. Recently, Gill's father Santoh Singh made shocking comments about hw has nothing to with her after she refused to visit home for a photo-session were taken back by the man himself where he later said, “But it is a fight between a daughter and a father. I love her a lot because she is my child. I know I will be upset with her for some time but I cannot be angry for too long.”

Singh also added how Gill did not establish any talk with him when he was accused of rape. She hasn't wished me 'Happy Diwali' yet this year. I always motivated her in every decision she took. I don't have any answer to why she's behaving like this. When I was accused. Shehnaz of course knew I was not guilty but it was only my son Shehbaz who had come home then."

Nevertheless, things might be mending between them or not, recently, he was asked if he is okay with Gill's special friendship with Shukla. In an interview with Times of India, he said, "I wouldn't like to say anything on this. It's her personal life," but then adds, "Na main unke khilaaf hoon, na main unke haque mein hoon. Na hi main iska virodh karta hoon aur na hi main chahta hoon ki yeh dono saath rahen." As we prodded him further on this since he is Shehnaz's father, "Main Daddy hoon, lekin agar koi mujhe Daddy samjhe tab na. Agar koi samjhega nahin ki main Daddy hoon, toh main Daddy kaika hoon? Bachche ko samajhna chahiye ki mera baap hai."

He even told that he has blocked Gill on his phone.