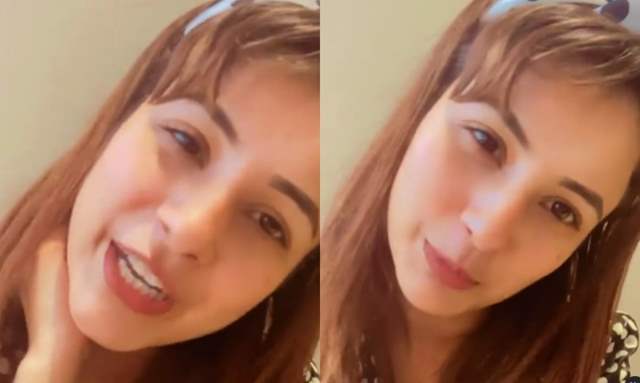 Justin Bieber's song Peaches has been trending on social media and how and well, netizens keep using the track on reels and other videos that they create. But today, Bigg Boss 13 contestant Shehnaaz Gill decided to give the song a swing, and well, fans are definitely impressed with her.

Before Shehnaaz sung the song, she also went on to say how a song is a song, whether it is in English or otherwise. In fact, she also questioned 'who says I don't know English' and right after that, she sang a couple of lines from the track. Along with the video, she also urged everyone to stay safe as she wrote a message along.

Shehnaaz wrote, 'Stay home be safe. Pick up a new hobby or get better at an old one. Many ways to stay entertained indoors. We are responsible for our own safety.'

On the work front, Shehnaaz recently shot for her upcoming Punjabi film with Diljit Dosanjh titled Honsla Rakh and fans have been waiting to see more of the actress. Apart from that, we also saw her do a music video titled Sky with Badshah prior to that. As of now, apart from the film release, which is slated to hit the theatres in Dussehra, fans have also been waiting to hear about her upcoming music video with Sidharth Shukla, which is on hold as the shoot is still incomplete.