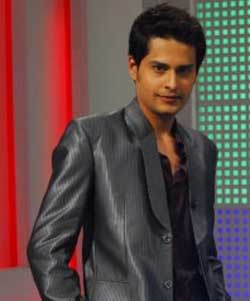 Shardul Pandit who holds the distinction of being the sole Radio Jockey from India to appear in the Limca Book of Records has bagged a meaty role in a television show, wherein he will play himself!!

The actor who essayed the serious character of Maulik in Balaji Telefilms' Bandini on Imagine will don the role of a Radio Jockey for Kitani Mohabbat Hai.. He will be yet another catalyst in the love life of Arjun (Karan Kundra) and Arohi (Kritika Kamra).

Our source states, "Shardul has been roped in to play the young, fun loving and jovial radio jockey Jay, who will turn into a 'Love Guru' for Arjun and Arohi. The creative team is presently working on a track that will take the love story of the protagonists to a new high. Jay will have a cool and simple look in this cameo role".

When contacted, Shardul confirmed the news and said, "The role in Kitani Mohabbat Hai gives me a chance to play myself. Being a jockey on radio and acting have been my two passions, and this role offers me a combination of both. I essay the role of a radio jockey who will solve people's love problems".

Shardul we hear, has started shooting and his entry is expected very soon..

Kunal Pandit packs his bags and Returns to Indore as he finds it ...