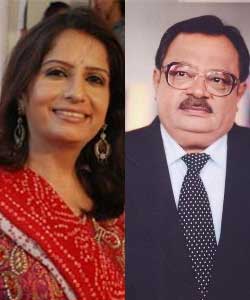 Sony TV's avidly watched Adaalat is ready to expose yet another mystery. The channel has roped in Sharad Vyas and Nimisha Vakaria, two renowned Gujarati artists who will assist KD (Ronit Bose Roy) to get to the bottom of the case which has its origin in Gujarat.

When prodded further he stated, "The case involves a murder mystery which happens due to food poisoning. Sharad Vyas will essay the role of a Judge while Nimisha Vakaria will play the public prosecutor."

Sharad Vyas excitedly confirmed the news and said, "Yes, I have essayed a small role in Adaalat. Do watch me on this weekend," while Nimisha Vakharia was busy in a shoot but confirmed the same.

9 years ago I just love Adaalat! Great show!
First of all the cases are extremely intriguing & interesting & K.D Pathak solves them brilliantly!

Secondly Ronit Roy is excellent as K.D Pathak! Brilliant actor! I love his style, his voice & tone! I just love him. :)

9 years ago adaalat is one of the only shows that can give competition to cid. keep up the good work

+ 3
9 years ago Interesting.. Ronit and Gujarat are deeply connected it seems ;)

+ 4
9 years ago I don't know about them but good to read that it's related to Gujarat. Sounds interesting!

+ 6
11 years ago i think it was a good movie though not the best, but am sure he would give us some great movies in coming time