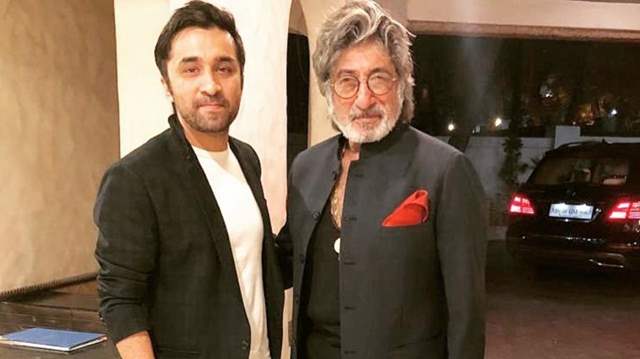 After the incident, media tried to reach out actor Shakti Kapoor to get his take on the subject matter. While responding to E Times about the whole fiasco, the veteran actor commented,

“I can say only one thing - it’s not possible”.

Earlier today, it was learnt that, Siddhant had left Mumbai for Bengaluru on Sunday, and the incident occurred during a late-night party. Siddhant was sleeping at a hotel that the Kapoor family was completely unaware of. Siddhant Kapoor was one of the six people who were allegedly found to have used narcotics, according to Bengaluru Police. The officers have yet to ascertain if those accused had already ingested narcotics before arriving at the party or had consumed the prohibited substances at the hotel.

For the uninitiated, Siddhanth's sister, Shraddha Kapoor was summoned by the Narcotics Control Bureau in 2020 for questioning in a drugs case that had surfaced during the inquiry after Sushant Singh Rajput's death. The actress reportedly agreed to attend Sushant's 'Chhichhore' success party at his Pawana guesthouse, but refuted all allegations of drug use.

Siddhanth started his career in Bollywood as an assistant director and have worked on some smashing hits like Bhool Bhulaiyaa, Bhagam Bhag and Chup Chup Ke. He made his debut as in actor in the film Shootout at Wadala. He was last seen in the film Bhoot-Part One starring Vicky Kaushal followed by Chehre featuring Amitabh Bachchan.

3 months ago Shraddha is a also a druggie na...we can't forget ssr ...his soul just haunts all who played foul