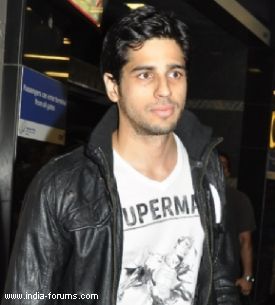 Sidharth Malhotra, who launched the song "Shake it like Shammi" from his forthcoming film "Hasee Toh Phasee" on a dance reality show, said that the dance number is not exactly a tribute to late dancing star Shammi Kapoor.

Shammi Kapoor, often described as the swashbuckling actor of the 1950s and 1960s, had redefined the image of the traditional hero and jived and rock-and-rolled into people's hearts.

"It's exactly not a tribute to Shammi Kapoorji. We have just used a lyrical that how Shammiji used to charm girls with his shake-moves. There is a similar situation in the film where I try to impress a girl by shaking it like Shammiji", said the actor.

The actress felt that the show was a perfect platform to launch a dance number.

"The song is like a retro, rock-and-roll kind of a song. Since it is a dance show, we thought it's a perfect platform to launch our song," said Parineeti.

The episode will go on air this weekend.