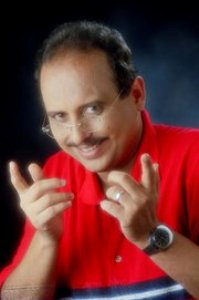 TellyBuzz had earlier reported that Hats Off Productions will come with their new show after the revamp of Star One to Star Desh. We had also reported that the show will have Vishal Gandhi as the main lead wherein Mehul Kajaria will also play a pivotal role.

Here we bring in the latest addition to the cast.

We hear that Shahrukh Sadri, currently seen in Zee TV's Mrs. Kaushik Ki Paanch Bahuein, has been finalized to play a meaty role in the show.

We contacted Shahrukh Sadri and he says, "I can't comment anything on the same as I am bound by the contract."

The show will be a sitcom with a Gujarati backdrop.

We tried contacting Producer J.D. Majethia, but he was out of reach!

Watch this space for more details…

+ 5
9 years ago This is what the article after one month of revamp would say...

"Star Desh the not so popular channel is urging the Balaji Telefilms and Four Lions Productions to bring their superhit shows PKYEK and GEET back on Star Desh to save it's sinking boat. Because of the negative TRPs of the Gujarati dailies STAR DESH might change into STAR BECHARA!"

+ 6
9 years ago wht is Star Desh? ... The revamp they did last time was such a big failure and nothing worked for the channel till DMG n MJHT happened and now again a RISK

9 years ago Star One wants the channel to flop [not shut down] for Tax reasons!
Why else would someone deliberately try to run down a company???

azzasarfraz 9 years ago STAR DESH MY FOOT I FEEL LIKE VOMITING WITHOUT GEET AND PKYEK !!!

+ 3
9 years ago without PKTEK and GEET no star one exist. star desi or whatever will be atotal flop.

9 years ago Star one is surely gonna loose its charm post the revamp... This is the worst decision taken by the star network 2 replace youth orianted content with saas bahu nonsense!

+ 5
9 years ago If u End GHSP and PKYEK Ur Channel will Flop And Will Shut Down within a Few Years!!!!
We dont want Sass-bahu Crap!!!
Star Desh My Foot!!