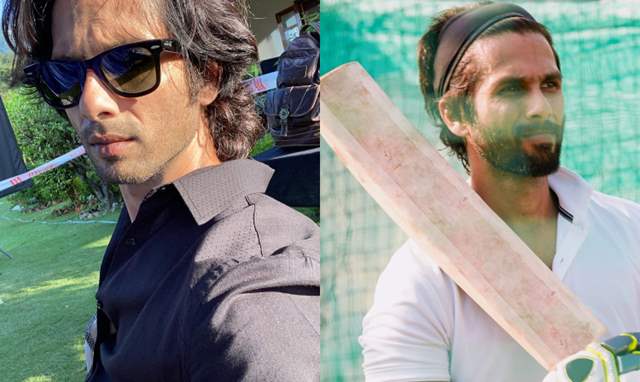 The Government of India is trying to curb the spread of the deadly virus and has also relaxed some restrictions. As Bollywood actors are gradually returning to shoots, Shahid Kapoor finally returned to the sets of ‘Jersey’ a few days ago.

After being in home quarantine for about six months, Shahid is working in full swing and has reportedly wrapped up a schedule of his upcoming film.

Shahid took to his Twitter handle and shared a selfie with his fans. The actor was seen sporting a grey shirt followed by a clean-shaven look and cool shades completed his overall look.

Taking to his Twitter handle, Shahid shared a dashing selfie of himself with his fans. Dressed in a black shirt, he looked dapper as ever. His clean-shaven look and cool shades completed his overall look.

His caption read, “It’s a wrap on another schedule of #jersey . In such times to be able to pull this off really felt like a blessing. Feel proud of the team for powering through and being so positive.”

Shahid Kapoor is all set to share the frame with dad Pankaj Kapur in his upcoming film, Jersey remake. The shooting of the film is yet to be completed and was stalled due to the Coronavirus lockdown, Shahid and Pankaj Kapur have shot a few portions of the film together.

Recently, the 39-year-old actor decided to take a pay cut to keep his upcoming film 'Jersey' commercially viable. Reportedly, Shahid has decided to take a major pay cut amid the coronavirus outbreak causing a temporary pause in the film's schedule.