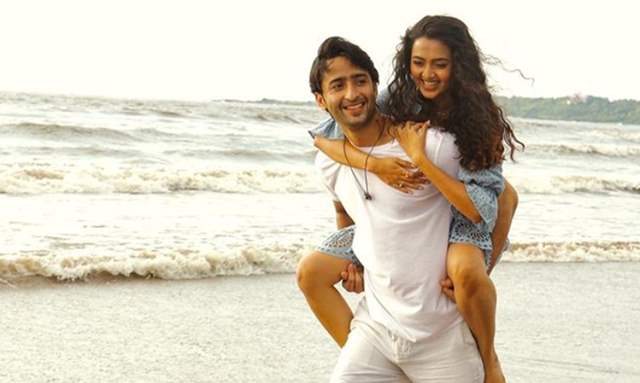 The trend of music videos seems to be ever so increasing and while we have been overwhelmed with some of them over the recent past, it looks like the trend is not over just yet and there are quite a few more coming in. Recently. we saw Tejasswi Prakash in a music video with Shivin Narang and while the story seemed to be rather sweet, their chemistry sure did garner quite a lot of attention.

And now, Tejasswi is all set to be seen in a music video with Shaheer Sheikh and the latter took to social media to share the first glimpse of the same. In the photo, we can see Shaheer holding onto Tejasswi while she enjoys a piggyback ride and both of them look adorable with an ever so smiling face. The photo is by the beach and while Tejasswi is wearing what looks like a blue dress, Shaheer is seen in all whites. Shaheer also went on to write how he has shot for something exciting and well, fans can't keep calm.

Meanwhile, Yeh Rishtey Hain Pyaar Ke will be airing its last episode this week, and replacing the show will be Saath Nibhana Saathiya 2. While fans are not very happy about the show going off-air, there have been reports about a second season of the show and fans have been holding onto that for some good news ahead.

Until then, are you excited about Shaheer's music video? Drop your comments below.