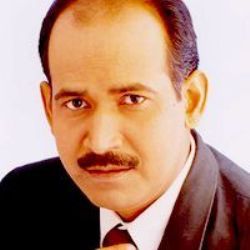 Tellybuzz was the first to report about the actor turning producer. Phool Singh's Techno Production is making a show tentatively titled Kahaani Kismat Ki in which faces like Amar Upadhyay (Bigg Boss Season 5 fame) and Surbhi Shukla have been locked in to play the leads.

The latest scoop suggests that the show has been written by Rakesh Paswan, writer turned producer, with shows like Baba Aiso Varr Dhundo and Afsar Bitiya to his name.

A source informs, "Shahab Khan a.k.a Shyamji Saxena of Mann Kee Awaaz Pratigya would essay a pivotal role in Kahaani Kismat Ki. The pilot shoot has been done and the production house is chasing down projects for bigger GEC's."

We contacted Shahab Khan who confirms, "Yes, I have done a pilot shoot for the show as Rakeshji and Phool Singh ji are great personalities to work with. If everything falls in place then I will be on board for Kahaani Kismat Ki."

We also spoke to Phool Singh and he merrily confirmed the buzz.

+ 2
9 years ago best of luck shyamu for ur future project.

+ 3
9 years ago Congrats and wishing you all the best. Keep Rocking :)

9 years ago all the best for new show...MKAP cast always rocks...