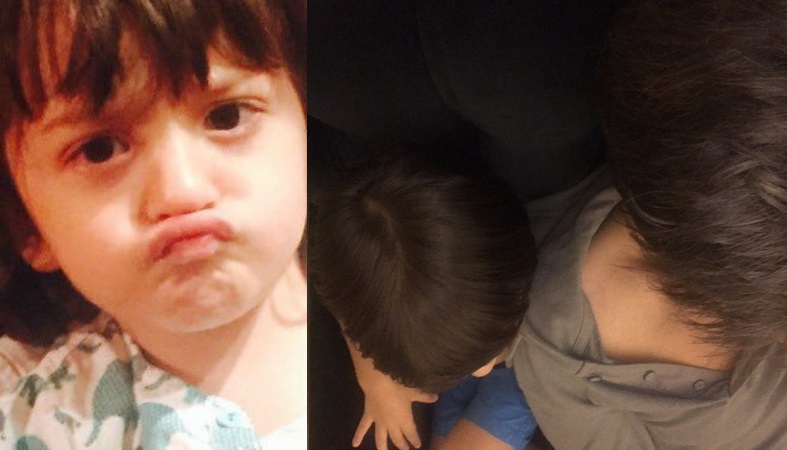 Yesterday, Shah Rukh Khan had a #AskSRK session with his twitter followers.
Amidst his session, many fans asked him about his little champ, AbRam Khan. And when daddy dearest was busy answering his fans, the young lad was happily jumping around him.
Then, SRK announced to his fans that he needs to take a 10 minutes break from #AskSRK session to put on a dinosaur movie for AbRam.
Soon after that, a twitter user suggested him to watch "A Good Dinosaur" film to strengthen his father-son relationship and right after that, SRK said that he is already watching it.

And later ended his session by posting a picture of himself watching the movie with AbRam.
0 Likes