Zee's Maayka which has an emotional tale to tell the viewers of late, with Shabd (Vivan Bhatena) going bankrupt will see a big twist wherein Mahi and Shabd's family will end up coming to the streets. 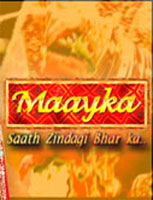 
According to our source, "Shabd's property will be auctioned in the coming episodes, as a result of which the entire family will be literally on streets. On the other hand, Jeet (Romit Raj) who has got lost in the success of name, fame and money will provide a cold shoulder to Mahi and Shabd; and his arrogant behavior hurts them even more. Soni who can very well see thro' the change in Jeet because of money is helpless, but is determined to show him that family values more weightage than money. In the meantime, Mahi will be so much hard-pressed for money that she will also believe that she has given away the 'Lakshmi' of her house in the form of her second daughter to Soni. This will lead to an interesting plot wherein Mahi will go to get her daughter back. In the meantime, Jeet's character will see a different shade, which has not been seen before. Ultimately, he will end up facing failure, and this is when Soni makes him realize that money is not everything in life".

We called up Vivan Bhatena who accepted the fact that the story is moving towards showing a tiff between the two couples. "Shabd's family will be in poverty, after losing all their property. Also, there will be a phase where we want our kid back, but I don't know how this track is going to proceed".

"Mohini who has struggled in the recent past to give her daughters a Maayka, slowly realizes that her daughters are not happy; and she will be a helping hand to them in their times of distress", adds our source.

13 years ago I stopped watching the drama for a while now, but thats sad. Sad that the show is gonna finish cuz im gonna miss Neha and Vivan, but also happy cuz it got really boring

+ 5
13 years ago Aww poor Mahi! Shabd is an idiot! He lost his business and confidence by believing in Tayiji's superstitions!

+ 5
13 years ago finally..its there turn...how long was it always gonna be Jeet and Soni that faced all the troubles...now its refreshing to watch Mahi and Shabd go through something.....

13 years ago arg!!! this drama has been going on for too long..its dragging now..

13 years ago ah its so sad that Shahi will be homeless but it seems . shabd's business is fully destroyed. i wish Shahi will get back their everything even i would be happy if ipshita also came back to them. All the best Shahi!

+ 7
13 years ago *sigh* Why must money and power go to Jeet's head?
Hope ShaHi stick it out through this!

13 years ago . Now Mahi also will beleive everything is happening for her other baby Its really depressing...I am sure Mahi cant do it..