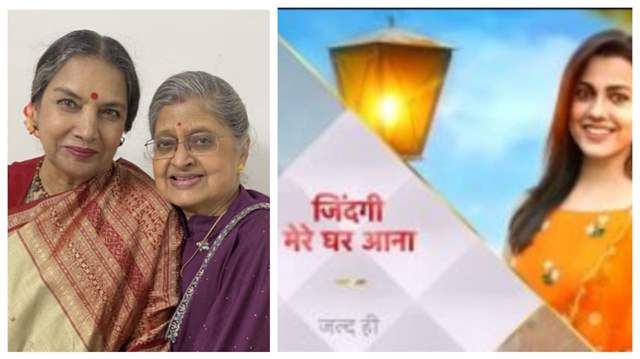 India Forums recently broke the news that Zama Habib’s new Star Plus show ‘Zindagi Mere Ghar Aana’ produced under his banner Qissago Telefilms is set to soon hit the TV screens. The show is slated to replace ‘Shaurya Aur Anokhi Ki Kahani’ from 26th of July 2021. The show is one-of-a-kind revolving around two different people leading their lives according to their perspectives. The show has a stellar star cast including Sudhir Pandey, Anita Kanwal, Sulbha Arya, Esha Kansara, Hasan Zaidi among others.

The captain of the ship Mr. Zama Habib took to social media and shared about Shabana Azmi dropping on the sets of the show to wish the birthday girl.