As we all know, drama and reality shows go hand in hand, and this time it is Sony’s Comedy Circus 2. This week’s elimination on Comedy Circus is the bong beauty Sayantani Ghosh and her stand-up comedian partner Kuldeep Dubey. However, the reason behind the team’s elimination was not due to scores, rather the ego clashes among the two. 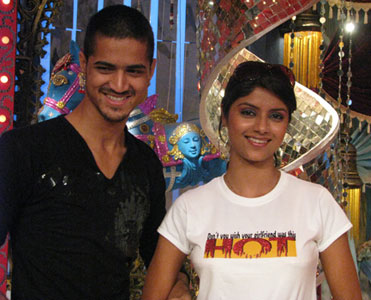 Featured Video
The buzz around has been that Sayantani and Kuldeep did not gel with each another. Sayantani was clearly disappointed at being ousted from the show as the two of them were performing quite well, usually being among the top scorers. In response to her elimination, Sayantani says, “I was not eliminated from the show as a result of my performance. In fact, I chose to be eliminated from the show. I was given the option to stay back on the show but I felt it was very unfair to the rest of the participants.” To the queries about clashes between them, Sayantani replied, “I did have creative differences with Kuldeep but the last straw for me was when he did not turn up for the show. It was left to my fellow contestants to decide if I should be kept on the show or not and they were very considerate and said that I should not go out as it was no fault of mine".


Sayantani adds further, “I did not have a partner with me, so it did not make any sense in me staying back on the show, so I chose to leave. Moreover, if I did not get eliminated, someone else would have; which is very unfair to the rest of the contestants. In spite of them scoring low or high marks, they performed well. So I think the best thing was for me to get ousted from the show.”

pankaj_pachpute 14 years ago Its extremely disheartening tht sayantani is required to leave show in such manner.

+ 3
14 years ago That is not fair. They were doing very good. I lived them in last 2 episodes.